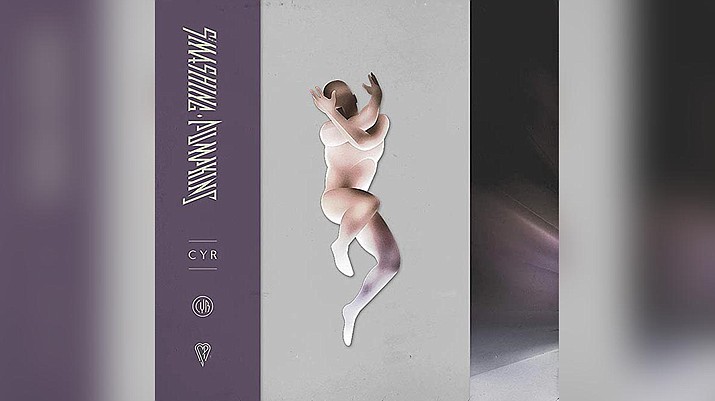 The Smashing Pumpkins will release their 11th studio album, Cyr, with 20 tracks, including the previously released singles Cyr and The Colour Of Love.

Titled “Lost Machine - Live”, the album was recorded in Québec City during the worldwide touring cycle for the band’s latest studio album, “The Wake.”

“Lost Machine - Live” consists of 13 tracks across 74 packed minutes of playing time by one of the best live acts in this day and age.

VOIVOD drummer Michel “Away” Langevin commented: “Here it is at last, the first single and video from our upcoming release ‘Lost Machine - Live’.

The footage used in this clip comes from a hometown show in Montreal in the summer of 2019, and the audio is from a show in Québec City two weeks later, where we recorded the entire live album.”

We were obviously excited to play in our province of Québec, in front of families and friends, as documented in this rendition of the song ‘The Lost Machine.”

The video is directed by Felipe Belalcazar, who is also working on a VOIVOD documentary.

Tracks include: Post Society, Into My Hypercube, The End of Dormancy.

Jesse Kivel used to be half of the LA synth-pop duo Kisses alongside romantic partner Zinzi Edmundson.

That project hasn’t released an album since 2015’s Rest In Paradise, and based on Instagram it looks like Kivel and Edmundson, now married with kids, are staying pretty raising their family. But both of them continue to pursue careers.

In Kivel’s case, that has included the side project Mt. Si, gigs as a wedding DJ alongside Michael David of Mt. Si and Classixx, and, as of 2017’s Content EP, a solo discography.

Today he’s back to announce a full album, the enjoyably titled Infinite Jess, and share its lead single.

“William” is at once a pulsing low-key electronic track and an adult contemporary ballad worthy of VH1 rotation in the late ’80s or early ’90s.

It exists in the same moody, minimalist zone as Westerman’s debut album or Haim’s “FUBT” — like the War On Drugs trading out their usual heartland rock vibes for the percolating nervous energy of Thom Yorke’s The Eraser.

With touring paused, Billie Joe Armstrong got to work.

He said, ”While we’ve all been inquarantine I’ve been reflecting on the things that matter the most in my life. Family, friends and of course music. I figure if we have to spend this time in isolation at least we can be alone together.”

No Fun Mondays started by releasing a new cover every Monday on YouTube, now all 14 covers will now be in one place available on CD and Vinyl to be released.

The track list includes “I Think We’re Alone Now,” “That Thing You Do.”.

Armstrong is also a guitarist and vocalist for the punk rock band Pinhead Gunpowder, and provides lead vocals for Green Day’s side projects Foxboro Hot Tubs, The Network, The Longshot and The Coverups.

Tracks include: I Think We’re Alone Now, War Stories, Manic Monday, Corpus Christi, That Thing You Do!, You Can’t Put Your Arms Around a Memory, Not That Way Anymore, Police on My Back.

Hatebreed – Weight Of The False Self

With unflinching tenacity, the impenetrable heavy metal hardcore factory that is Hatebreed has brought forth yet another iron cast, sonic weapon with Weight Of The False Self. It comes as no surprise that their eighth, full length album is the result of the usual sweat and blood that have cemented Hatebreed’s unique niche in the world of music for over two decades.

Renowned for their ability to provide an intense and cathartic release for their fans, Hatebreed challenged their writing style through this album cycle in order to produce material that is exceptionally relatable in a contemporary world flooded with overstimulation, emotional dampening, and lack of social patience.

Hatebreed’s musical style has been described as metalcore, hardcore punk, and heavy hardcore.

They are considered important to the development of metalcore, blending influences from hardcore and punk rock, as well as heavy metal subgenres such as thrash metal.

Tracks include: Weight of the False Self, Dig Your Way Out, This I Earned.