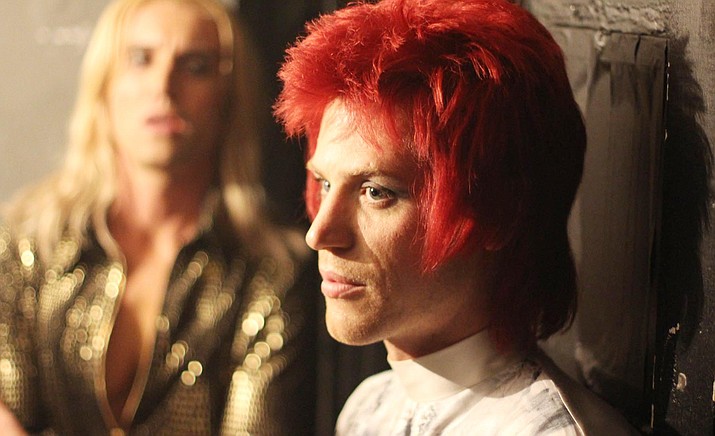 In 1971, a 24-year-old David Bowie (Johnny Flynn) embarks on his first road trip to America with Mercury Records publicist Ron Oberman (Marc Maron), only to be met with a world not yet ready for him.

Meet David before Bowie. One of the greatest icons in music history. But who was the young man behind the many faces?

In 1971, a 24-year-old David Bowie (Johnny Flynn) embarks on his first road trip to America with Mercury Records publicist Ron Oberman (Marc Maron), only to be met with a world not yet ready for him.

“Stardust” offers a glimpse behind the curtain of the moments that inspired the creation of Bowie’s first and most memorable alter ego, Ziggy Stardust, capturing the turning point that cemented his career as one of the world’s greatest cultural icons.

“I set out to make a film about what makes someone become an artist; what actually drives them to make their art,” said director Gabriel Range. “That someone is David Bowie, a man we’re used to thinking about as the star he became, or as one of his alter egos: Ziggy Stardust; Aladdin Zane; The Thin White Duke. Someone I only ever saw at a great distance, behind a mask; a godlike, alien presence. Even in his perfectly choreographed death, he didn’t seem like a regular human being.”

“Rather than make a biopic, or a spin through his greatest hits, the idea was to make a film about what we’ve not seen: the interior journey David Bowie might have taken to become that artist,” continued Range. “I’ve been fascinated by Bowie ever since I was a kid. I bought every record, read every interview, every biography. What surprised me in thinking about this project was how little most people seemed to know about his family background, about his life before that first real flush of fame.”