Camp Verde brings back Parade of Lights as drive-thru event 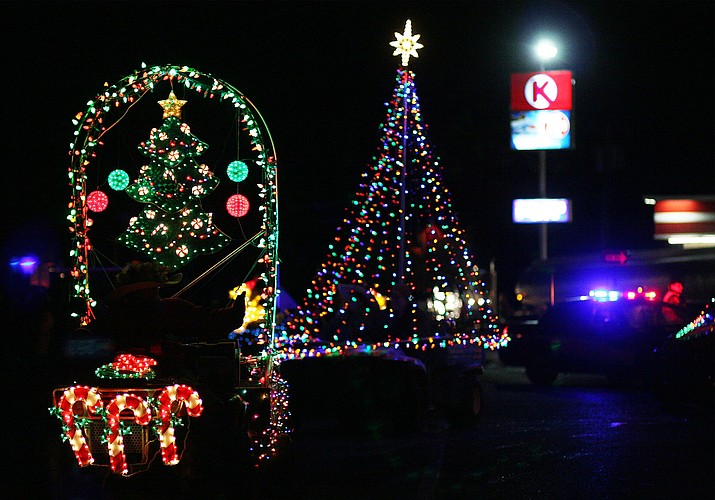 This year, Camp Verde Parks and Recreation will hold the town's annual Parade of Lights as a drive-thru event on Dec. 12 at the town’s new sports complex on Champion Trail, off State Route 260. VVN/Bill Helm

This year, Camp Verde Parks and Recreation will hold its annual Parade of Lights as a drive-thru event on Dec. 12.

“When we made the difficult decision to cancel the parade in its traditional format we said we would try and create a safe alternative,” said Parks & Recreation Manager Michael Marshall. “We believe this drive-thru version fixes all the health concerns and allows us to fulfill our mission to provide safe programming for our community.”

The Parade of Lights will begin at 6 p.m. Saturday, Dec. 12, but not downtown. This year’s parade will take place at the town’s new sports complex on Champion Trail.

The public will enter at Champion Trail off State Route 260 at the end of the four-lane section past Zane Grey and opposite Howards Road.

Floats will be set up in the parking lot of the new sports complex and viewers will drive by in their vehicle to see the lighted floats and then Santa in his sleigh at the end.

There is plenty of room in the new parking area and along Champion Trail to line everyone up without disturbing in town traffic or creating a hazard, Marshall said.

Parade entries are open to anyone who wants to participate, the more the merrier. One group of friends and neighbors has been in the parade since its inception 20 years ago. Since the floats are stationary, you can even just set up a decorated area on the ground and show off your lights.

Each group will need to provide its own power source, either from your vehicle or a generator. Just remember, no Santa, as Parks & Recreation will have Santa at the end of the parade.