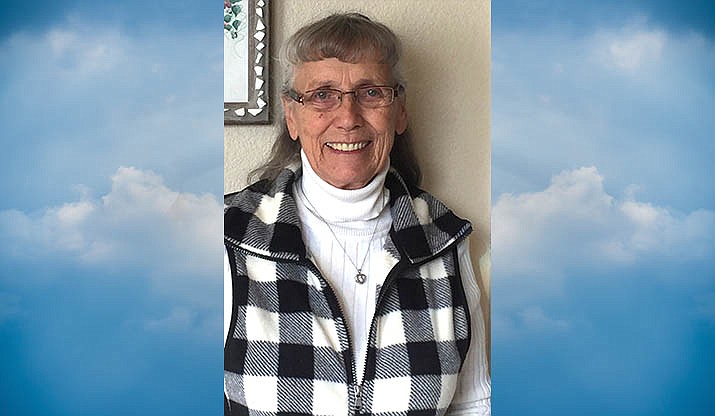 She was born Mable Ann Ferguson in Hoytville, Ohio, December 22, 1938.

Not only was she a wonderful loving wife, mother and grandma, she was also the best confidant and friend to her children and grandchildren. You could always talk to her and tell her anything and she would respond in love. She was always there for anyone in need and always adopting family along the way, which in turn earned her the name momma Mae.

She resided in the Verde Valley for over 45 years prior to moving to Mountain Care Of Snowflake. She had numerous jobs throughout her life including activities director at the Center in Cottonwood, Arizona, but her last was at Bashas, in the floral department.

She was a member of the VFW and the American Legion and was in the Color Guard. Mae loved the outdoors, camping, motorcycles, dancing, and was always up to try something new. In fact, in her 70’s she purchased a trike to ride around on, she didn’t want to be left behind when it came to motorcycles!

After raising a family of five children and losing her husband, John Van Kleeck to a heart attack, she fell in love with Jack Berry and remarried again, another musician, together they raised his girls.