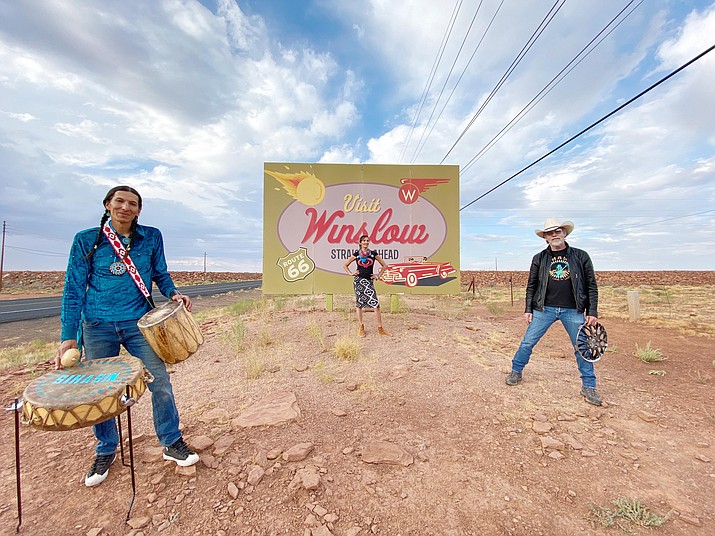 The Dream Concert will highlight notable musicians advocating for the inclusion of Native American voices and bodies in high school education.

The Dream Concert revives a concept originally started 30 years ago by musician Jackson Browne. In 1990, Browne and a handful of famous friends held an outdoor music festival on the Verde Valley School campus in the Village of Oak Creek.

Performers who joined in the cause included Neil Young, John Trudell, Bruce Cockburn, Bonnie Raitt, the Indigo Girls, Crosby, Stills, and Nash, Shawn Colvin, Ben Harper, and many others.

They all came to Sedona to raise money for students and raise awareness of issues facing Native American communities.

The benefits raised over $700,000, financing tuition for at least 37 students at Verde Valley School.

On Oct. 10, viewers can expect Jackson Browne, Shawn Colvin, and Bruce Cockburn to contribute heartfelt performances once again, along with Arizona bands Sihasin and Calexico.

In keeping with its roots, the Dream Concert will raise tuition funds to support Native American students in their quest for quality education. Proceeds from viewer donations will go to the Native American Scholarship Fund at Verde Valley School.

VVS is a top-tier high school devoted to cultural exchange. About 130 students come from around the world to live and learn together. Founded in 1948, by anthropologist Hamilton Warren, the school has a reputation as one of America’s first truly international, independent schools.

VVS is still grounded upon this original founder’s statement: “The nation, indeed the world, needs a school that will bring together children from many nations, many cultures, all races and religions, not simply to study and tolerate one another, but to learn from and celebrate their differences.”

Since its inception, VVS has partnered with regional tribal communities. The school location, in the Sedona area, was chosen for its proximity to indigenous communities in Northern Arizona with hopes of cross-cultural programs.

Through collaborations across the years, VVS has built relationships with families in indigenous communities from Arizona to Guatemala and Malawi, Africa. The school develops tribal relations through trips, service projects, indigenous guest teachers, and Native American students in each grade level.

To learn more about Verde Valley School and the Native American Scholarship Fund go to vvsaz.org/support-vvs/native-american-scholarship.

To register for the Dream Concert go to fans.live/livestream/20201010-dream-concert/.