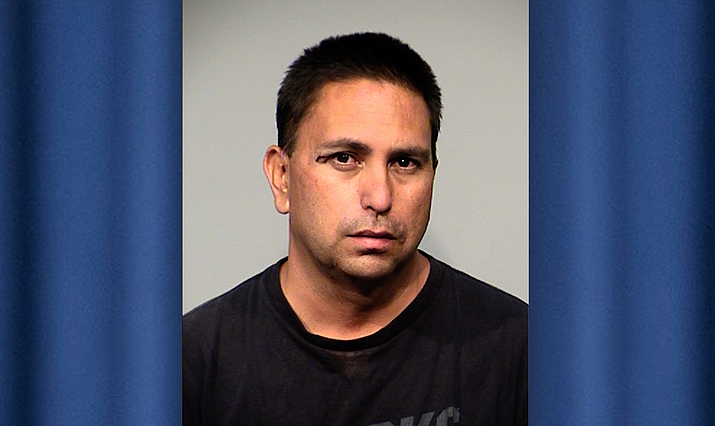 PRESCOTT – Exactly one month after a traffic collision claimed the life of a veteran Cottonwood police commander, a Camp Verde man has been indicted.

Engel has been indicted by a grand jury on one charge of second-degree murder and five counts of endangerment. He will be arraigned in the courtroom of Judge Tina R. Ainley in Prescott on Wednesday, Oct. 14, at 11 a.m.

The case will then move to Division 7, in Camp Verde, under Judge Michael Bluff.

The charges stem from a Sept. 7 traffic wreck in which motorcycle driver, Jody Makuch, was transported to a local hospital where he was pronounced dead. Makuch, 49, was a commander and a 20-year veteran of the Cottonwood Police Department. He was off-duty at the time of the collision.

An Arizona Department of Public Safety report states Engel was driving a sport utility vehicle southbound on State Route 89A, near Willard Street. DPS says Engel drove left of the center of the roadway and struck the motorcyclist head-on within the northbound lanes of State Route 89A.

The report can be viewed here.

DPS conducted the collision and criminal investigation at the request of Cottonwood police.

Makuch was wearing a helmet, gloves, leather and pads, according to Cottonwood City Manager Ron Corbin.

A service for Makuch, held Sept. 18 at a Cottonwood church, included full honors and was attended by first-responders from across Northern Arizona.

Hundreds of first-responders and spectators were part of Sept. 9 procession in which Makuch's body was brought to a Cottonwood funeral home from the county medical examiner's office in Prescott Valley.

Engel was booked into the Yavapai County Detention Center on a $5,000 paper bond. He was released from jail Sept. 9 - just two days after the crash.