Woody Allen film one of this week's newest movies 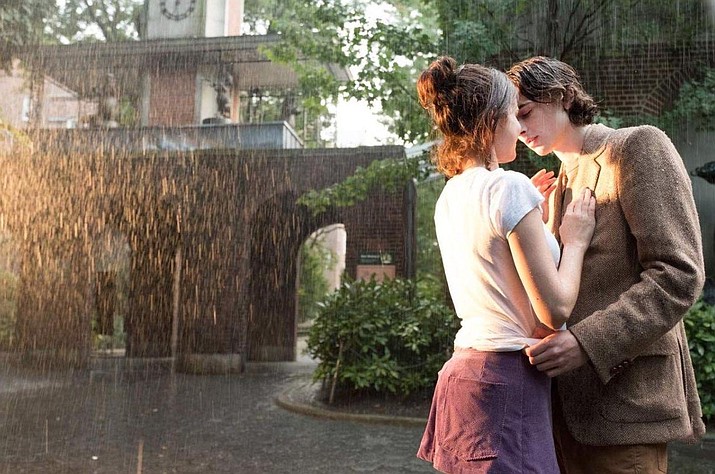 A Rainy Day in New York

In the Yardley College, Gatsby Welles learns that his girlfriend Ashleigh Enright will travel to Manhattan to interview the cult director Roland Pollard for the college paper and he plans a romantic weekend with her.

Gatsby is the son of a wealthy family in New York and Ashleigh is from Tucson and her father owns several banks.

He has no attraction to study in Yardley but gambling and Ashleigh. When they arrive in Manhattan, Gatsby does not tell his parents that are planning a fancy party in the evening. Ashleigh meets Pollard and he invites her to a screening of his new film with his writer Ted Davidoff.

Meanwhile Gatsby stumbles upon his friend, who is cinema student, and he accepts to participate in a kiss scene with Chan Tyrell, who is the younger sister of his former girlfriend. Along the rainy weekend in New York, Gatsby and Ashleigh have new experiences and discoveries.

This Is Not a Movie

The groundbreaking and often game-changing reporting of legendary foreign correspondent and author Robert Fisk is profiled in the latest from acclaimed documentarian Yung Chang (Up the Yangtze).

When an outbreak hits, Aidan barricades himself inside his apartment and starts rationing food. His complex is overrun by infected Screamers, and with the world falling apart into chaos, he is left completely alone fighting for his life.

For two couples the future unfolds in different decades and different places, but a hidden connection will bring them together in a way no one could have predicted.

Based on an inspirational true story, 2 Hearts is a romantic journey that celebrates life, love and generosity of spirit, and challenges audiences to believe miracles are possible.