Etienne gets 16 years in prison for 2nd-degree murder 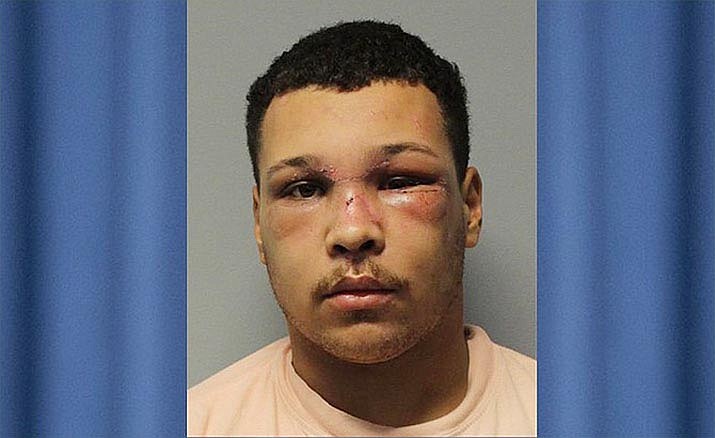 Jesse Michael Etienne, 21, was convicted in a jury trial Jan. 31. On the first day of his murder trial, prior to jury selection, Etienne pleaded “no contest” to charges of possession of marijuana and possession of paraphernalia, both class 6 felonies.

Etienne's was convicted in connection with the July 10, 2018, death of Jesus Zazueta, 31. He was on felony probation at the time of the offense. The 16-year sentence he received represented the minimum prison time available under Arizona law. He could have been sentenced to as many as 25 years in prison.

The Arizona Department of Public Safety said Etienne was driving at more than 100 mph and struck Zazueta on State Route 260 in the Verde Village area, near Western Drive.

A Cottonwood police officer observed Etienne's BMW traveling 107 mph in a posted 55 mph zone. Etienne then entered a posted 45 mph zone traveling in excess of 100 mph, running a red light at the intersection of Western Road, striking Zazueta in the crosswalk and killing him.

Etienne lost control of his car, rolled several times, and came to rest about a quarter mile from the intersection where he struck the Zazueta, whose body was found near Etienne’s vehicle.

Zazueta died at the scene, and Etienne was injured when the BMW slid into a ravine.

Etienne had to be airlifted from the scene of the wreck and received medical treatment before he could be booked into jail.

"I’d especially like to thank Trooper Humphrey from the Regional Advanced Collision Team of Arizona Department of Public Safety for his testimony, and his expert training, experience and knowledge that was so crucial to helping the jury understand the case,” said Yavapai County Attorney Sheila Polk.