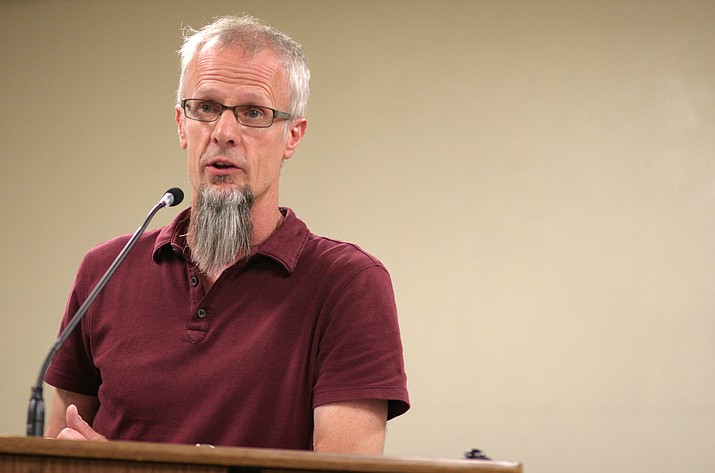 Camp Verde Proposition 452 is not about getting more taxes out of Camp Verde residents, Mike Showers said this week.

To elaborate, Showers explained that Prop 452 has nothing to do with taxation. It’s about spending the revenue the town receives each year. Nov. 3, Camp Verde voters will have the chance to decide if the town should have permanent base adjustment, as is the case already in Cottonwood and Clarkdale.

Under the state-imposed expenditure limitation, a municipality is limited to what it can spend each fiscal year, a state-imposed spending cap if you will.

Regardless of the city or town’s revenue or needs, it cannot spend more, without being penalized.

Camp Verde’s base rate was set at about $2.1 million in 1987, a year after incorporation. That was before Camp Verde acquired the Sanitary District in 2013.

Unless the town is allowed an adjustment to its state-imposed expenditure limitation.

“We could generate nine, 10 months on budget,” Showers said. “But the final three months, it’s a possibility we’d go over.”

In 1980, the state implemented spending limitations on budgeted expenses for its cities and towns that year.

With adjustments each year based on inflation and population modifiers, Camp Verde’s expenditure limitation for FY 2022 is $13.1 million. If voters approve Proposition 452, the town’s expenditure limitation would increase to $16.7 million, a figure that would afford the town room to operate the water company, with an additional $500,000 for potential capital purchases, Showers said.

“If we had the water utility and wastewater utility in 1986, it would have been part of what we were allowed to spend,” Showers said.

According to Showers, 78 of Arizona’s municipalities have successfully had a permanent base adjustment. In August, 65.12% of Oro Valley’s voters said yes to the adjustment.

“This adjustment would allow us to operate normal budgets, including capital (maintenance) expenditures,” Showers said. “This is about covering two utilities.”

By the numbers, Camp Verde is seeking a $565,000 permanent base adjustment. With inflation and population modifiers, that actually represents an increase of $ 3.5 million.

According to Arizona Revised Statute 41-1279.07(H), municipalities are penalized for spending more than their allotment.

A municipality that exceeds its expenditure limitation without authorization will have the following amount of State income tax (urban revenue sharing monies) withheld based on the percentage of the excess expenditures: