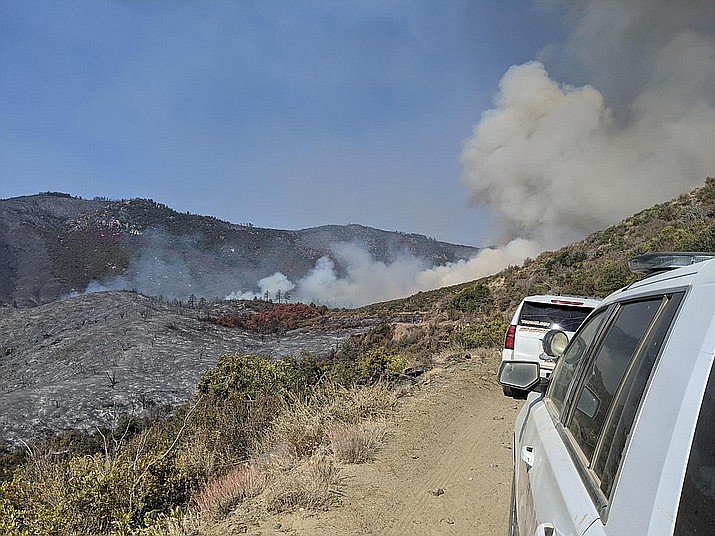 Cause: Human, Under Investigation

Fire officials reported that the Horse Fire near Crown King grew nearly 300 acres overnight into the morning of Wednesday, Oct. 21.

However, the blaze is 32% contained, according to a news release Wednesday morning.

Although the southern perimeter of the Horse Fire near Crown King showed little heat Wednesday, winds are expected to pick up and increase each day through Saturday, potentially rekindling interior heat sources, according to a release.

“Crews are directly on the fire’s west-southwest edge holding containment there at 32%,” a statement read. “The fire is moving and making short runs in the northeast corner where it is being monitored; helicopters are being used [when] needed.”

Along the Forest Road 52/Senator Highway, firefighters are actively working this area to slow and hold the spread of fire to protect the community of Crown King, which is just two miles to the southeast of the fire’s perimeter.

“The goal is to keep the fire to the west of Forest Road 52,” a statement read. “Dozers are being used to create firebreaks and vegetation is being cleared to protect Crown King.”

To date, no structures are reported damaged or destroyed, but evacuations are still in effect.

The Yavapai County Sheriff’s Office will escort residents into Crown King for short home visits between 8 a.m. and noon. Proof of local residency is required. For more information, go to the YCSO webpage at ycsoaz.gov or call 928-771-3260.