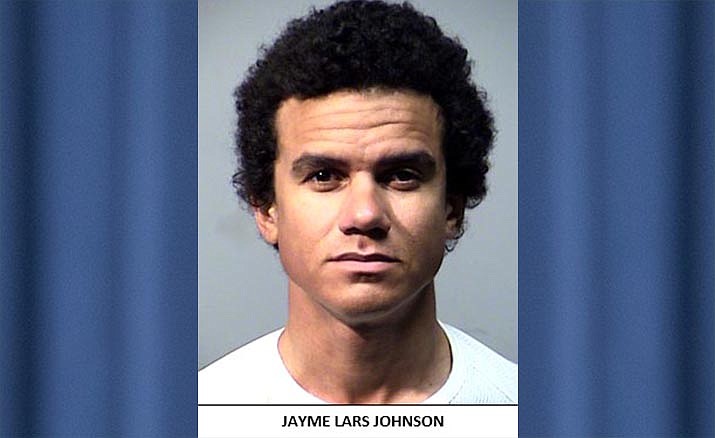 COTTONWOOD -- A Cottonwood man has been arrested on two counts of indecent exposure, one of which is being alleged as a felony. The charges stem from allegations that he was lying in the middle of the road in the nude.

According to a report from Cottonwood police, authorities were called at 12:30 p.m. Wednesday after motorists reported a naked man wearing only shoes and a backpack was throwing flowers at vehicles near the intersection of State Route 260 and Cove Parkway.

By the time police arrived, Cottonwood Public Safety Communications Center received several 9-1-1 calls that the man was laying in the middle of the intersection of State Route 260 and South Main Street.

“When the officer arrived on scene he located 34-year-old Jayme Lars Johnson of Cottonwood, completely nude with the exception of shoes laying in the prone position in that intersection,” according to the news release. “When the officer contacted Johnson he said he was sunbathing at a beach and listening to a Katy Perry song. Fortunately, no one ran over Mr. Johnson during this incident.”

Johnson was taken into custody without incident and booked into the Yavapai County Detention Center for two counts of indecent exposure; one a felony charge and the other a misdemeanor.

Johnson will be screened in jail to determine if a mental health evaluation is warranted.