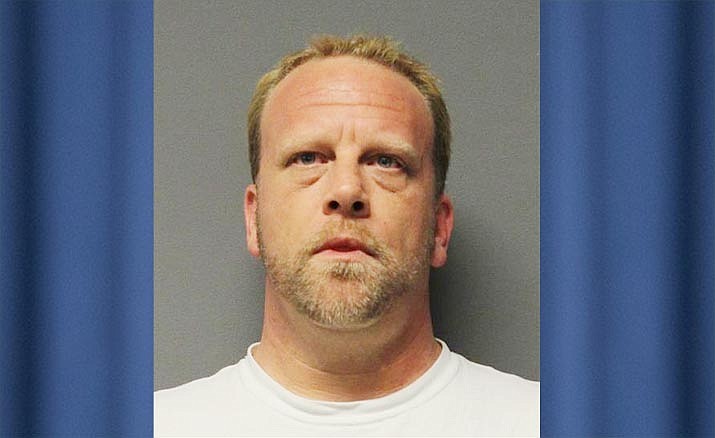 COTTONWOOD – The executive director of one of the Verde Valley’s largest homeless services organization was arrested on felony charges Friday, according to the Cottonwood Police Department.

In a release received Monday, Oct. 27, police said Matthew Ryan Martin, 48, of Cottonwood, was arrested and charged with fraudulent schemes and artifices, theft and fraudulent use of a credit card — all felonies. Martin was booked into the Yavapai County Detention Center and has already been released.

Martin is the executive director of the Verde Valley Homeless Coalition.

Cottonwood police said an investigation revealed Martin embezzled about $14,000 between June and August of this year, the release states.

In early September, police said. The Verde Valley Homeless Coalition reported discrepancies in its financial statements and suspected an employee — who turned out to be Martin — was stealing money. This was reported to Cottonwood police and Martin was placed on administrative leave.

Martin had recently been hired as the coalition’s director. He took over in January.

Martin allegedly used a Coalition debit card that he was entrusted with, to withdraw money from an account. Initially, the withdrawals were minimal, police said, but in August, he withdrew $12,000.

The chair of the Coalition’s board of directors, Carol Quasula, issued a statement Monday. She said the board detected, during a routine monthly review, irregular financial activity at the coalition in August. Cash was withdrawn from accounts in unusual amounts with an insufficient explanation of the use of funds.

The board canceled the debit card and notified the Cottonwood Police Department. Since the card was within the authority of Martin, he was placed on administrative leave during the investigation.

The cash withdrawals in August were not large enough to affect the delivery of services to the homeless, Quasula said. Both the daytime drop-in center and overnight shelter continue to operate normally.

She said the board will pursue all avenues of restitution.

Quasula told the Verde Independent on Monday that she is checking with other board members, but the plan is to meet and vote on formally terminating Martin from the Coalition.