Commentary: It’s time to change the status quo, consolidation is the way to go 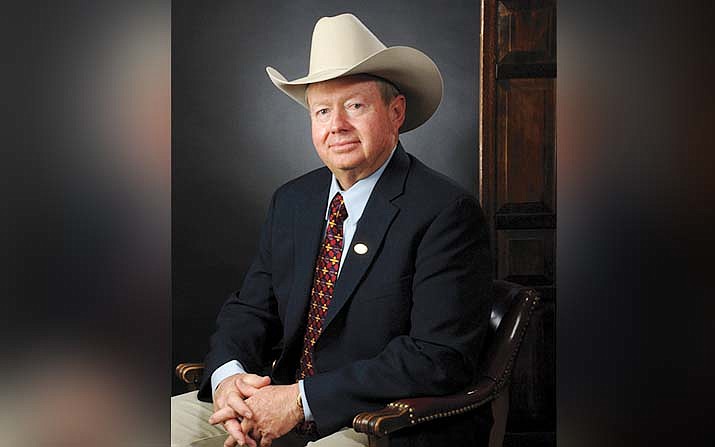 As I write this commentary we are only a few days away from the Nov. 3 election. As most people know, it has taken a little over 3.5 years to get the school consolidation issue on the ballot.

When we started this process in February 2017, all three local school districts here in the Upper Verde Valley had vacancies for superintendents. When a group of us community members approached them (Cottonwood-Oak Creek, Mingus Union High School and Clarkdale-Jerome) with the idea to consolidate the three districts into one Pre K-12 unified district, they “raced” to hire their own superintendents as fast as they could.

We thought that this would be the right time to consider consolidating all three school districts. However, or disappointingly, that was not the case.

Clarkdale-­Jerome School District was invited to join the consolidation process with Cottonwood-Oak Creek and Mingus Union. Actually, the way the state statute was written they needed to participate. However, they declined our invitation as they received small school funding from the state.

Consequently, we had to approach Sen. Sylvia Allen asking her to draft legislation to amend state law to provide us the ability to carry petitions to get school consolidation on the ballot.

I find it interesting that the anti-consolidation people, who do not understand the process -- mainly the teachers and school board members at Mingus -- spout out that the Committee For Better Upper Verde Valley Schools has disenfranchised the C-J District from the consolidation process.

The fact is, we met with both the Clarkdale-Jerome Governing Board and the Yavapai Apache Nation to inform them of our efforts. It was their Governing Board of Education who represent their communities (and school district) who made the decision to stay out of the process and we respected their decision and moved forward.

Because there is disinformation regarding the willingness of the governing boards choosing to support consolidation, it is important to clearly state the facts.

As we continued down the road to consolidation, the Cottonwood-Oak Creek School District Board approved a resolution two years in a row to put the matter on the ballot to give our community members a chance to vote.

The Clarkdale-Jerome School District declined being a part of the process, and the Mingus Union High School Board strongly objected to our request to pass a resolution to put school consolidation on the ballot. They have fought us every step of the way. For what reason? What do they see as so threatening? It is very obvious that it must be about money, power and influence with the Mingus teachers and governing board members.

When speaking about consolidation, Mingus has little to say about the benefits a Pre K-12 unified district could provide to support the education of their students. Apparently, the status quo is what is good enough for the students in this community from their position.

This is quite astonishing as an average of only 30% of their students have passed the State Assessment exams in Science, Math and English as reported in the 2019 Auditor’s General Report. A couple of years ago, Mingus received a “D” grade from the Arizona Department of Education, which was appealed and raised to a “C” grade. There is always room for improvement in any system. Even Mingus can benefit from consolidation.

The first attempt to place consolidation on the ballot and after we collected over 2,200 signatures, the Committee was sued by the Mingus School Board. They sued their own constituents (taxpayers) who are the biggest supporters of the high school over the years. They used our own taxpayer dollars to sue their own taxpayers. Go figure.

Now, they are bringing in outside monies from a Phoenix-based Veregy company (Mid State Energy) to support their opposition of a citizens-generated referendum. Really? Our committee had to defend ourselves in litigation and spent thousands of dollars to fight our own high school. A very sad situation resulting in a settlement driven by Yavapai County Superior Court Judge David Mackey.

After spending approximately $85,000 to get us to this point and to defend ourselves, we again started the process to get school consolidation on the ballot. We were successful again even through the COVID-19 pandemic earlier this year. For the second time in a row, we collected over 2,000 signatures. Finally, we have the consolidation of Mingus Union High School into the Cottonwood-Oak Creek School district on the ballot.

As we all know, there are many reasons why consolidation should occur. Not only because most all of the towns and cities (Camp Verde, Sedona, Flagstaff, Payson, Williams, Chino Valley, Prescott, Prescott Valley and Mayer)that surround us have K-12 unified districts, but having a unified Pre K-12 district provides the best education possible to students who live in our communities.

The reasons to consolidate and unify are very simple and straightforward as follows:

Mingus has had 14 Superintendents in the last 20 years. It has been a revolving door. In fact, it would be interesting to find out how many “golden parachute packages” that the Mingus Board had to pay to all of those superintendents who were fired.

It has cost all of us taxpayers hundreds of thousands of dollars when those superintendents were fired. We never hear anything about that. Just think, all of those dollars could have been much better spent in the classroom.

In fact, possibly, there might not have been a need for property tax overrides that the community has supported many times over the years. In addition, there has not been any consistency or stability at the helm at Mingus, which overall hurts teacher performance and student achievement.

The election is here and now. You, as a registered voter have an opportunity to change the structure of our local school districts. The benefits far outweigh any “fear-mongering rumors” that the Mingus teachers both presently employed and retired have been making. (Example: “there will be a $1M increase to taxpayers” which according to Yavapai County School Superintendent Tim Carter is not the case at all). As is stated in the Voters Information Pamphlet that was mailed to everyone, taxes will be going down.

The teachers at Mingus, as they did in 1998, continue to lead the charge in fighting consolidation.

It is the Mingus teachers and some retired teachers who are fighting the community citizens in a grassroots-driven effort to get school consolidation on the ballot.

Doesn’t it seem odd that the majority of anti-consolidation editorials including My Turn commentaries, Letters to the Editor, radio ads and social media are from Mingus Union Governing Board members, teachers or some retired teachers? Our Committee, the Committee For Better Upper Verde Valley Schools, includes community leaders, educators, former school board members, retired superintendents and principals, teachers, a former school business manager, including many local business owners and others are from all walks of life.

In closing, I want to thank the dozens and dozens of people who have stepped up to get this matter on the ballot.

It has taken a lot of hard work, with thousands of hours and thousands of dollars spent to give you the voters the opportunity to vote on this very important matter.

Andy Groseta is a member of the Committee for Better Upper Verde Valley Schools.