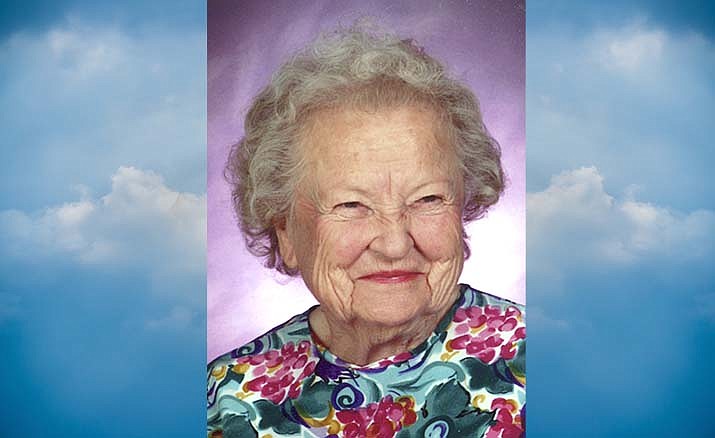 She was born on Oct. 9, 1921 in Rehoboth, New Mexico to Alexander Black and Nellie Damon-Black.

Anna attended Ft. Defiance School and graduated with her Diploma from Gallup High School. She attended Business Prep in Albuquerque for 2 years receiving her Certificate of Completion.


After marrying Paul C. Sowers, she was a housewife who raised 4 children. She also partnered with Paul as a school administrator in various schools on the Navajo Reservation. She was an excellent cook and seamstress.

Anna grew up and lived on the Navajo Indian Reservation (Nation) where she worked in a local trading post. Her father was a missionary to the Navajos.

He was instrumental in the establishment of a Presbyterian mission at Fort Defiance, Arizona where he married Nellie Damon, the daughter of a Union cavalry soldier stationed at the fort, an Indian trader and owner of the Bonito Trading Post in Fort Defiance.

Anna married Paul Sowers in Fort Defiance and moved to Flagstaff, Arizona so that he could obtain a teaching degree. Upon graduation Anna and Paul returned to Fort Defiance, where he taught in the local public school for several years. They moved to Thoreau, New Mexico for a few years where Paul worked as the elementary school principal.

The family then moved back to Flagstaff so that Paul could complete an advanced graduate degree in Public School Administration while Anna took care of the family.

The family remained in the Flagstaff area until the children graduated from High School. Paul and Anna returned to the Navajo Reservation at Page, Arizona, where Paul and Anna both worked for the school system.

They then transferred to the Tuba City Public School System, where they finished their careers and retired to a small farm in the Verde Valley near Camp Verde, Arizona. Anna built a house in Cottonwood after the death of Paul in 1981 and lived in Cottonwood until her passing.

Anna was active in the Presbyterian Church throughout her life. She participated in choir and helped with church activities.

She had a reputation for making the best coffee in the churches she attended. She also volunteered in various community activities and groups.

Her family enjoyed traveling with her, watching her smile, laugh and listen to stories. She enjoyed gardening and raising animals.

Her rose bushes were beautiful, and she enjoyed tending them at Cottonwood Village too when she moved there.

Her children, grandchildren and great-grandchildren were always an important part of her life. Anna was preceded in death by her mother and father; her husband, Paul Clifford Sowers and her son, Paul Michael Sowers.

Services will be held at Clear Creek Cemetery in Camp Verde on Tuesday, November 3 at 1 p.m.