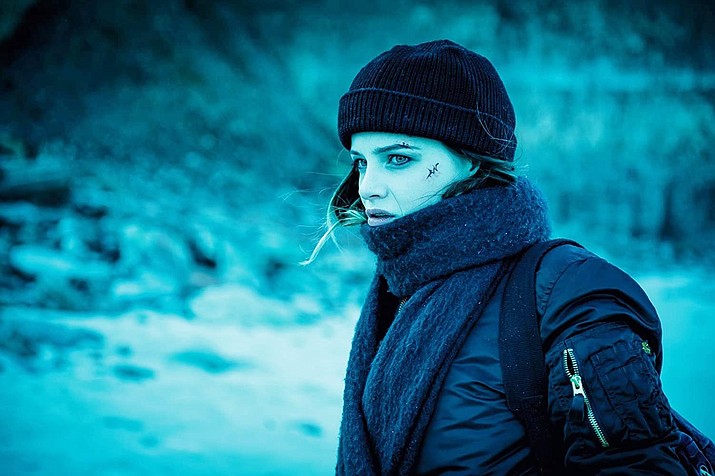 During an autopsy, Dr. Herzfeld finds a capsule in the corpse’s brain containing his daughter Hannah’s name and cell number.

Hannah has been abducted and her father must contact “Erik” for further instructions.

Erik’s phone is answered by an artist named Linda.

She has just found Erik’s corpse on the beach of Heligoland, an island isolated by a raging storm.

Linda herself is in danger, stalked by her violent ex-boyfriend.

When an African governor’s daughter is kidnapped by a terrorist organization, he hires a unit of mercenary soldiers to get her back.

The soldiers move in to extract the kidnapped girl, but their plan goes awry when they encounter multiple captive girls held by a band of brutal rebels.

The mercenaries manage to escape with the girl, but they miss their rendezvous and are stranded in the African countryside.

The group’s attempts to survive become even more complicated when they take refuge at a seemingly abandoned farm house that is menaced by lions.

Rated R for strong violence, bloody images and language throughout.

In a small Wisconsin town, retired Marine Colonel Jack Hastings becomes a national star when a video of his protest for undocumented workers’ rights goes viral.

Wanting to capitalize on a shining moment of liberal support in a traditionally conservative state, top strategist Gary Zimmer taps him for the Democratic Party to win back the Heartland.

However, Zimmer is soon pitted against his Republican rival Faith Brewster who will stop at nothing to prevent Wisconsin from becoming a swing state. Hastings’s bid for change in a local race morphs into an all-out brawl for America’s future.

The dead are coming back to life outside the isolated Mi’kmaq reserve of Red Crow, except for its Indigenous inhabitants who are strangely immune to the zombie plague.