The Fit Life: It's not about diet, but your commitment to lifestyle 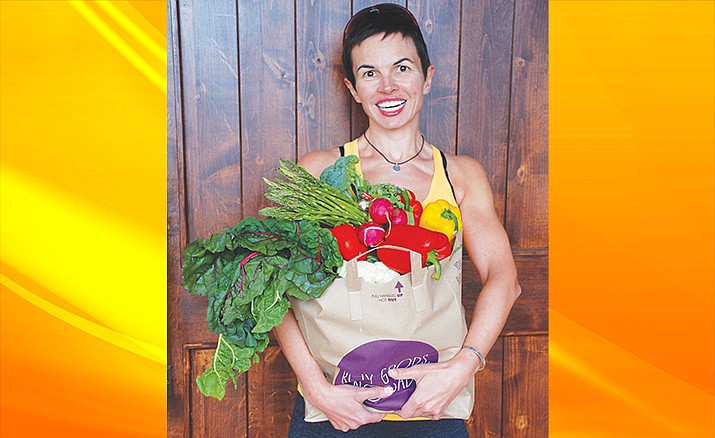 Since my mid-teens, I have never dieted.

Back at 18, I finally lost the weight that I needed to lose using the exercise and healthy nutrition approach (as opposed to any “diet”).

To me, the word “diet” implies restriction, discomfort, a notion of temporariness and, in general, it sucks. The best results that I’ve had is a common sense approach to exercising while building a strong, healthy body with solid nutrition.

So, you can only imagine my surprise when on July 8th (Wednesday, for the records), I got a text from my friend asking “How are you with your DIET so far?”…

More texts followed. They were much needed to establish what exactly had happened the night before…

Apparently, on the July 7th night (Tuesday), I had two glasses of wine at her place. She is a myofascial therapist, so while imbibing, I surrendered to a fascia foot work. Little do I remember what happened moments later… She explained to me how she was going to try a keto diet, and she needed a soul to do it with her. She reassured me that from the keto point of view, red wine was a “Grade A”, meaning that we can safely have it. And we could also have about five macadamia nuts daily, too!

Supposedly, the very moment when she obtained my “OK, I’m in!”, we took the “before” pictures of each other. She also shared with me the exciting news about the “Carb Manager” app, which we were to use to count our carb intake. At least she says so.

The little devilish app goes nuts the moment you exceed your pre-set carb numbers for the day. You don’t want to exceed those numbers, because the app will tell you about and it would make you feel like a loser.

Once I learned what I had done the night before, I texted her back from the summit of the Hiline trail, saying that I don’t diet and I don’t believe in diets. And that I would have to drink a glass of wine (Keto Grade A) to process what I had committed to.

Well, it just got way worse…

She announced that the first 21 days of the keto approach, we CANNOT drink wine because we are detoxing. I dunno why not the first 20 days or 22, but I digress…

I complained and protested. But hey, supporting a friend is important to me… So, I sort of embarked on the wagon! “Sort of” because it is a pure experiment for me, and if I am running the Humphreys, I would still have one carb-loaded 100cal energy gel, which are making the carb app very unhappy about me. (I am still sane, partially?).

What is my lesson from this experiment so far?

Well, I have been familiar with “keto”, but only from the research, not first-hand. It feels a bit like when years ago, I decided to go vegan, to see what it would have done to me and my energy. That one lasted eight months.

I can tell that the first few days, as my body was switching to using fat rather than the sugar as its source of fuel, I felt super sluggish and tired. I am setting my carb limits quite low and I train a lot, so these might be some of the reasons.

I still hate the idea of any limiting diet, recording what I eat, or counting any numbers. The time that we, potentially, spend on those activities can be used better by walking one mile further.

I am also alkalizing my body more than a typical keto diet calls for. The last thing I want is to become acidic – it sounds bitter and grumpy, too!

First, after the initial few days, I got my energy (and some more) back!

Second, I don’t crave any sweets at this point. I’m well-known for stealing triple-churred ice cream from my daughter… She has not reported this sort of problems recently! A few grapes taste so sweet now!

Third, I’m learning a lot about fat as the good source of energy.

I’m not setting any time limit on this, nor any goals. It is a pure experiment and I am going with the flow, while also supporting my already fit friend! One thing is certain, I cannot commit to the 21 days without red vino. You try this one for me?

Magdalena is the owner of the Be Fit Fit Personal Training Studio (www.befitfit.biz) and the Top 5% Chairman’s Board Realtor® at the Russ Lyon Sotheby’s International in Sedona. Visit her “Be Fit Fit” blog at www.verdenews.com.