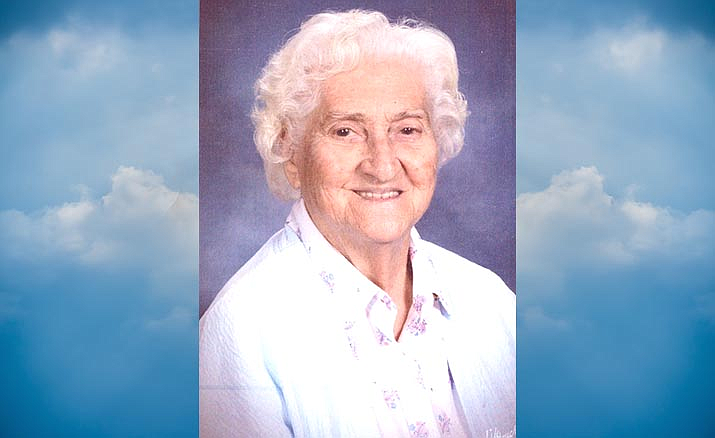 Mabel L. Brest (nee Hunter), 96 of Cottonwood, Arizona, passed away peacefully in her sleep on August 30, 2020. She was well-loved by everyone and enjoyed family get-togethers, travel, reading, crosswords and Scrabble.

Born and raised in Etna, Penn., she married David Brest of Pittsburgh in 1943. They lived in Sewickley and Etna until 1959, until they moved to Lorain, Ohio. Mabel was employed as a bookkeeper for the Credit Bureau of Lorain County for 25 years and David worked with Ford Motor Co., when they both retired, chasing their dream to Cottonwood in 1984.

They spent their retirement traveling through most of the states and all of the Canadian Provinces.

Her husband died in 2000 and Mabel fulfilled a life-long dream of going back to college at the age of 76 and was awarded an Associate degree from Yavapai Community College in 2001 at the age of 83.

She remained sharp-minded throughout her senior years, discussing Shakespeare with her son back in Ohio by way of her laptop, almost daily. She was proud of her drive to continue to learn.

She was a member of Mountain View United Methodist Church in Cottonwood and was a regular attendee.