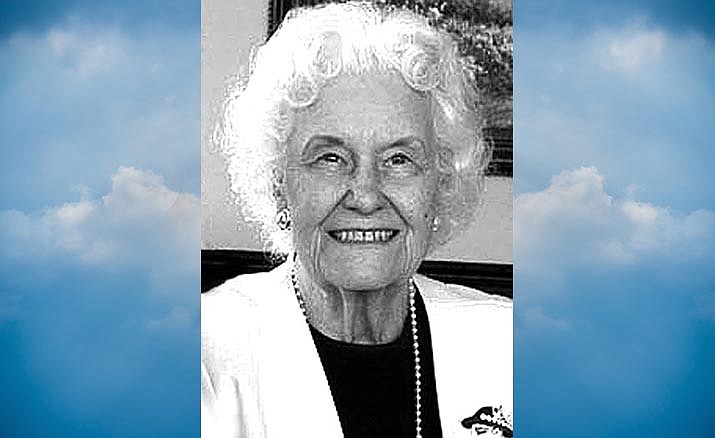 Nonda Ellen Kellogg passed away peacefully on August 30, 2020. Born in September 1927, Nonda was the youngest of five girls born to Alonzo and Maude Mullins of Oakdale, California.

From 1946-48, Nonda attended Modesto Community College where she met her future husband, Wayne Edward Kellogg. The couple lived in Southern California in Redlands, San Bernardino, Riverside and later in Sacramento.

Nonda was a gifted and dedicated grammar schoolteacher in the 1950’s. She left teaching to start a family in 1955. She and Wayne welcomed two sons, Jeffrey and Bruce, in 1955 and 1957. Nonda remained in Sacramento six years following the death of her husband in 1984, during which time she deepened her commitment to the Unity movement by serving as a chaplain, board of director president, and prayer coordinator at Christ Unity Church of Sacramento.

In 1990, she and son Jeff moved to Cottonwood, Ariz. to live in the Verde Valley, where her son Bruce had already been residing.


As a resident of the Verde Valley, Nonda continued to serve in chaplaincy, small group and prayer ministries at Unity of Sedona, Unity Center of the Valley and the Center for Universal Light.

Prayer and service to others remained a foundational part of her life until advancing illness restricted her activities.


Nonda is survived by her son, Bruce, his wife, Jennifer and granddaughter, Sierra, as well as numerous nieces, nephews and extended family.

As both a teacher and chaplain, Nonda’s adult life was dedicated to the betterment and upliftment of humanity. She tirelessly supported those in her faith communities in Sacramento and the Verde Valley. She would often remark, “I watch the news every day, so I know who to pray for.” She affirmed people and accepted them as they are.

In consideration of current societal health restrictions, the family looks forward to holding a Celebration of Life service electronically for Nonda soon.

She will be greatly missed by the many who knew and loved her. Arrangements entrusted to Bueler Funeral Home.