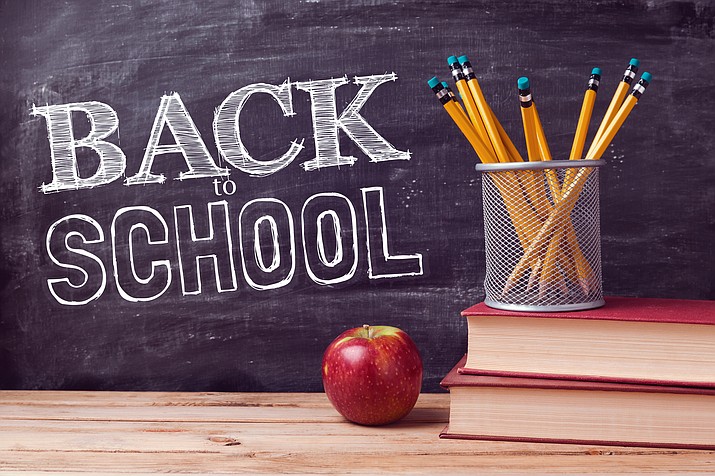 VERDE VALLEY — Based on metrics Yavapai County released on Aug. 20, the Beaver Creek School Board decided on Aug. 24 to open its school to on-site learning beginning Aug. 31.

“Calls (on Sept. 3) indicate more will be back after Labor Day,” Ward said.

In an Aug. 26 letter, Ward explained to the district’s families that they can still do distance learning with Chromebooks.

“We will still post and grade class meetings and assignments in Google Classroom,” the letter stated.

Beaver Creek students are to be dropped off from 7:30 a.m. to 8:15 a.m. and are asked to enter through the cafeteria, grab their breakfasts, and go straight to their classrooms.

“We will not allow parents on the school campus at this time,” Ward said in the Aug. 26 letter.

Beaver Creek has asked parents to take their children’s temperature each day before school. A temperature of 100.4 degrees Fahrenheit or higher will be considered a fever, the letter stated.

In August, the Clarkdale-Jerome School Board decided to not open school to on-site learning before Monday, Sept. 14.

At 6 p.m. Tuesday, Superintendent Danny Brown will recommend that the district’s governing board open school to hybrid learning on Sept. 14.

Tuesday’s meeting will be held on Zoom. The district’s agenda, which includes the district’s Return to Learn mitigation plan and the meeting’s Zoom ID, will be posted at cjsd.k12.az.us within 24 hours of the meeting.

The Clarkdale-Jerome School Board will meet in the school’s gymnasium, 1615 Main St., Clarkdale.

Brown said that the county’s COVID-19 metrics the past few weeks have been encouraging. Those metrics are one reason why Brown said he wants to see the campus open for its roughly 450 students.

At 6 p.m. Thursday, the Mingus Union School Board will meet via Zoom to consider when to open school to on-site learning.

The Mingus Union agenda, which includes the meeting’s Zoom ID, will be posted online within 24 hours of the meeting at mingusunion.com.

The Mingus Union School Board will meet at the school’s library, 1801 E. Fir St., Cottonwood.

Friday, Superintendent Mike Westcott said that metrics have been favorable at least to offer a hybrid of on-site and online learning.

“Some on (campus), some off,” Westcott said. “Still working on it. More or less what you’re seeing in other districts.”

Westcott also spoke of cohorting, which means forming groups of students, sometimes also teachers or staff, to stay together throughout the school day to minimize exposure.

“Cohorting is still a consideration,” Westcott said. “But we’ll leave it up to the board to decide on dates, and whether we want to go a hybrid route.”