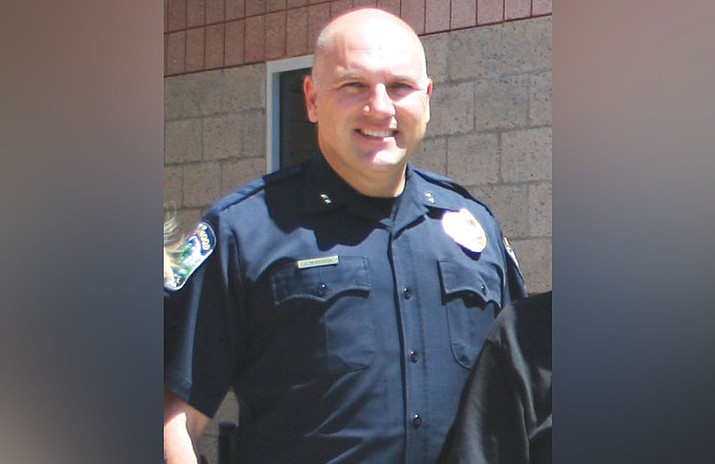 Makuch was off-duty riding his motorcycle through Cottonwood when a vehicle drifted left of center and struck the police commander head-on, stated the NAUPD release.

Makuch was transported to an area hospital, the report said, but was unable to survive his significant injuries.

“The suspect driver is in custody and being processed for DUI by the Arizona Department of Public Safety,” NAUPD said.

NAUPD released the statement because Makuch’s daughter attended NAU and was a student employee of NAUPD.

Makuch was wearing a helmet, gloves, leather and pads, according to Cottonwood City Manager Ron Corbin.

NAUPD also said Makuch worked overtime events on campus and was a member of the team that hosts the Arizona Leadership Education and Development (ALEAD) program for high school youth at NAU.

Cottonwood police have not released a statement as of Tuesday morning.

“It is with great sadness that we share the news of the passing of a dear friend to NAUPD,” the release said. “Please keep the Makuch family and the Cottonwood Police Department in your thoughts and prayers as they navigate this very difficult time,” said the press release.

According to his profile page on the City of Cottonwood's website, Makuch served in the U.S. Army for more than seven years in the 1990s before going into law enforcement.

In the Army, his job specialties included artillery, corrections, and military police. After a two-year stint as an officer with the Elk City Police Department in Oklahoma, Makuch moved to Arizona.

With the Cottonwood Police Department, he was promoted to sergeant in 2005 and commander in 2009. He was among the applicants interviewed to replace Jody Fanning as chief in 2016.

Makuch oversaw the Support Services Division of the department, with a variety of areas of responsibility, including the Citizen Police Academy, the Cottonwood Public Safety Communications Center, criminal investigations, animal control and victim assistance.

He was a graduate of the 245th session of the FBI National Academy.

He is survived by is wife, Joanna; their two adult daughters, Ashleigh and Gabrielle and two sons, Hudson, age 13, and Spencer, 12.

Makuch was an avid motorcycle and dirt bike enthusiast.

“Jody Makuch represented the best in humanity,” Gesell said. “He was, first and foremost, a loving and dedicated husband and father. His family was everything to him. He was a veteran, selfless public servant, mentor, and friend. He will be greatly missed. We ask that the public keep his family in their thoughts and prayers during this tragic and difficult time and respect their privacy.”

“Police and fire are organizing a ‘Hero Watch’ at the ME’s office,” Gesell said. “We will escort his body back to Cottonwood after the ME has completed their investigation.”

Donations for the Makuch family can be made online at lawenforcementheroes.com. Checks can be made out to “Law Enforcement Heroes” and can be mailed or sent to the Cottonwood Police Department.