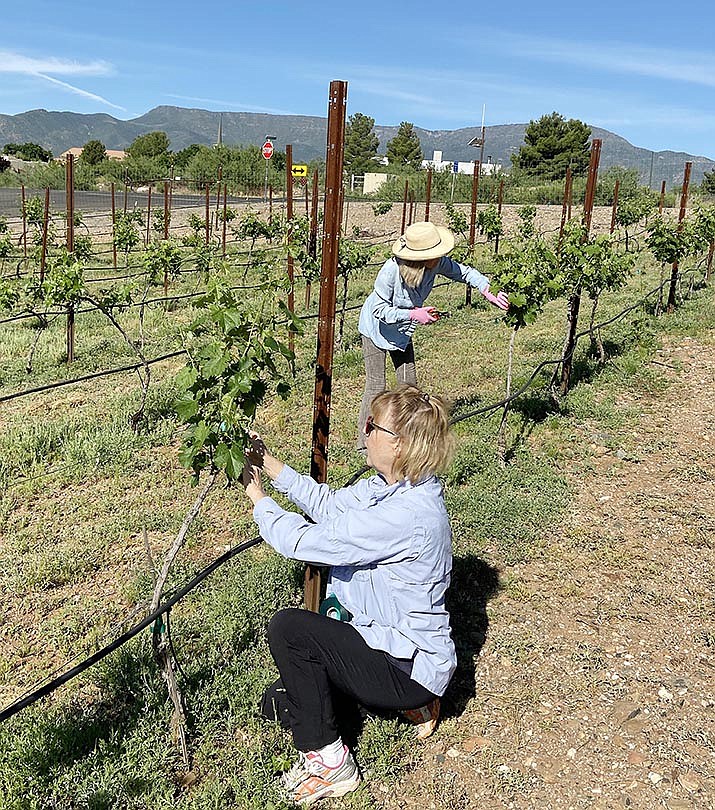 VERDE VALLEY — Even though a annual, national contest didn’t result in the Verde Valley placing quite as high as it did in 2019, the result still helped solidify its place in the wine world.

The Verde Valley finished 10th in a national USA Today ranking of wine regions, with a panel of wine industry writers to pick their favorite North American wine regions as 20 finalists, followed by USA Today readers —along with anyone else who goes to the website — voting for their favorites from the pool of 20.

Last year, the Verde Valley finished fourth in the online-voting portion of the contest.

Walla Walla Valley, located in Washington State, took first place in the 2020 contest. Valle de Guadalupe, in Baja California, Mexico, took second place, and Finger Lakes, N.Y., which was No. 1 in the contest in both 2018 and 2019, placed third this year.

The U.S. is home to 244 American Viticultural Areas, or AVAs – grape-growing regions designated by the Alcohol and Tobacco Tax and Trade Bureau.

The full list of 2020 winners can be found here.

After last year’s results were released, Michael Pierce, director of Enology at Yavapai College, pointed out that wine enthusiasts are often also, to an extent, history buffs, and luring them to the area allows the Verde Valley to then educate visitors on both its indigenous and Anglo heritage.

“The proposed AVA would cover some 130,000 acres within the Verde Valley (roughly 200 square miles),” the website states. “It includes the communities of Cottonwood, Clarkdale, Jerome, Cornville and Camp Verde. The Verde Valley AVA is defined by unique physical factors such as topography, soils, geology and climate.”

Wine facilities have struggled during the COVID-19 pandemic. This has not been the case in the end of the business that involves the actual grapes and production. However, on the sales side, many Arizona wine sales involve in-person tasting and sampling, and Verde Valley establishments were forced to sell only by the bottle, in doorway booths.

Grubb said, and he and a fellow staff member often found themselves driving across the Phoenix metro are and other parts of Arizona this spring, delivering directly to consumers.

Arizona’s Liquor Board issues direct shipment licenses for sales to state residents. As of Jan. 1, 2019, shipments are limited to 12 nine-liter cases of wine at a time.

Cottonwood’s wine community hasn’t grown much over the past couple of years, though some establishments have added new products. A big change in traffic and amount of visitors might occur when Merkin Vineyards, owned by Maynard James Keenan, frontman for the band Tool, finishes expansion, as it is currently building a large hilltop winemaking facility and tasting room in Old Town Cottonwood.