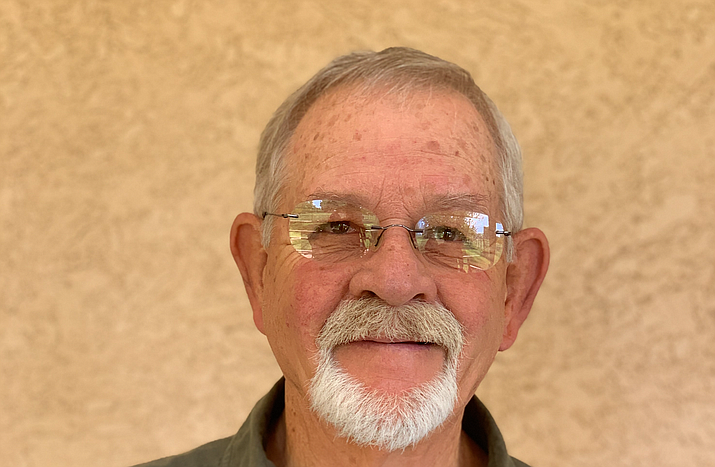 Many of you know I’ve been involved with the Committee to Unify Mingus High School with COCSD, or as some say, that special interest group.

I’ve helped over the past three years, both in a support position and financially. What I’ve not done however is explain why.

I’m retired now. Why not just lay back and enjoy life? Other than one grandson, who’s a senior at Mingus this year, my years of association are over.

Thirty years ago, when Ron Barber was the superintendent at Mingus High School, I taught a sign language class for accelerated students at Mingus.

I was the President of the Marauders parent organization for five years, and cooked thousands of hamburgers at all the home football games. I sat on the scholarship committee to award our hamburger profits for three years, and I enjoyed every minute.

So what’s my reason for helping this special interest group?

As I collected petition signatures two years ago, and then again this year, people would tell me “Why bother with trying to unify two school districts?"

Or my favorite, “You're crazy, public schools are so intrenched in yesterday, that it’s inevitable they’ll fail."

Sadly, that attitude is like a snowball rolling down the mountain, and I’m honestly beginning to question the merits of putting forth any effort to help.

All those quotes carry a degree of validity, any one of which could be supported fairly well in a debate. I get it, I’ve got no dog in this fight any longer.....So why?

It’s really not about saving money anymore. It’s about competition and the fracturing of education.

Our public schools are in a battle. There’s no blood on the streets, but a battle nonetheless.

Suddenly, accountability, and curriculum competition with Charter Schools, home schooling, learning pods, and religious based education are starting to make a dent in enrollment.

In a growth community like Cottonwood, Mingus and Cottonwood-Oak Creek’s combined student population has seen a decrease over the past five years (Based on the physical year 2019 Arizona Auditor General Report). Something’s not right.

They are beginning to make a difference. And why? Parents are more than ever questioning the vitality of public education, and these alternatives offer a different educational product that’s new, and refreshing.

Not that’s it better, but it’s exciting to have “choices."

So, I can see the dilemma.

What if we raised teacher and administrators salaries, to a decent level? Teachers are our front line. Let’s treat them that way.

Why does our educational community have to struggle and fight for a fair wages? And, what if we up the game plan by providing a cohesive educational experience for pre-K-12?

We’re reinventing education now because of COVID-19 anyway. Both can be done through unification — and more efficiently.

Yes, we’ll save money, and come under one umbrella, one Unified school board, and one administration staff. Then we take that savings, plow it back into salaries, classrooms, and curriculum, and build a better product.

There’s enough talent in the Verde Valley, and our current educational cadre, to wrap a unified district in a sensible business model, and pull it off.

Interesting concept. So interesting that I’ve aligned myself with unification, and am excited about the future.

Let’s give it a shot, it’s doable, and I believe the time is now!

Longtime Cottonwood resident and businessman Bob DeGeer is a member of the Pro-Consolidation Citizens for Better Verde Valley Schools organization.