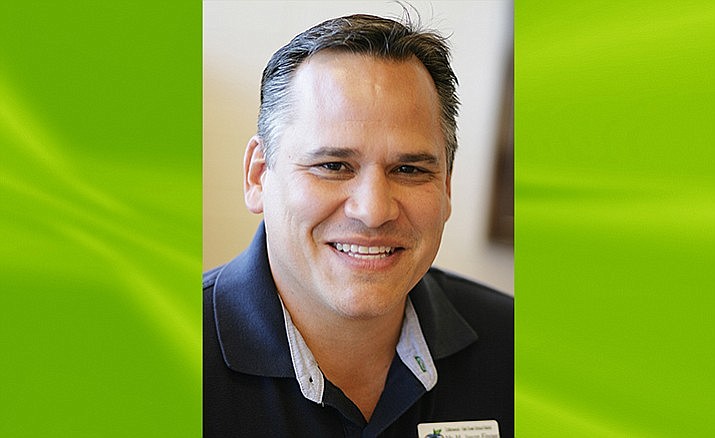 It has come to my attention through reading commentaries and letters to this very paper, as well as social media content, that the Committee for Better Upper Verde Valley Schools is being labeled a “small group of individuals” who seek to push consolidation of Mingus Union High School District and Cottonwood-Oak Creek School District.

It occurred to me that most people have no idea who these roughly 75 individuals are or where they come from.

Why do they persist in bringing this issue to the voters? What makes them so knowledgeable about the issue that they bring this to the ballot when the current governing board members “do not support it?”

This “small” group of individuals has invested countless hours and tens of thousands of dollars of their own money without swaying from the course to bring this issue to the voters.

The committee initially started with a tiny number of community leaders that approached each of the governing boards in this community in 2017 and requested that they consider putting this matter on the ballot for voters to decide.

Times had gotten harder with the economy, and everyone had been forced to tighten their “budgetary belts” and get by with less money. The community which had traditionally supported school overrides in each district was beginning to buzz with discussions of our local schools needing to tighten up budgets as well.

The COCSD governing board — at that time —agreed that the community should have their say in the matter. After all, the consolidation question had only come before the voters twice since the MUHSD was formed in 1958 – once in 1998 and again in 2008.

In the 2008 election, it should be pointed out that this was an election pushed by the legislature to consolidate all three Upper Verde Valley districts which was opposed by all districts as it was an outright loss of local control for the state to tell communities what was best for their schools.

So, in 2018, COCSD asked Yavapai County Superintendent to call for an election because they believed it was important enough an issue to hear what the community thinks — especially since it was being asked for by members from the community.

The only thing lacking at that time was a willing partner. For at that time, the only way that these two districts could consolidate was if both governing boards agreed to call for an election.

As odd as it sounds, a community initiative of gathering signatures to put this on the ballot could not happen. As a result, this now growing group of consolidation supporters went to work with the legislature to change the law so that a community driven item could be put on the ballot in case there were even one governing board that would not come to the table.

Historically, as is still the case today, MUHSD has opposed consolidation and in 2018 refused to join COCSD in making a resolution to call for an election.

So, through the diligent, persistent, and transparent work of this committee, local voters will get their chance to voice whether 2020 is the time for change for the betterment of education of our local youth, or if they prefer to maintain the status quo.

I would love to introduce you to the long list of members of this committee, but that is not my place. However, I can tell you that it includes 10 former MUHSD governing board members, eight former COCSD governing board members, six retired administrators including 4 from the Verde Valley, six retired teachers/counselors, and one current school administrator.

Undoubtedly, this list reads as a “Who’s Who” among local education specialists as well as numerous other community leaders.

I can say that, as a 12-year member of the COCSD governing board, and former president of that board, I am a proud member of the Committee for Better Upper Verde Valley Schools and I support consolidation.

Jason Finger is a 24-year resident of Cottonwood. He served on the Cottonwood-Oak Creek School Board for 12 years, including five years as president. He also served as the Co-Vice Chair of the 2017-18 citizens consolidation advisory committee.