Arizonans are back to $240 per week in unemployment benefits 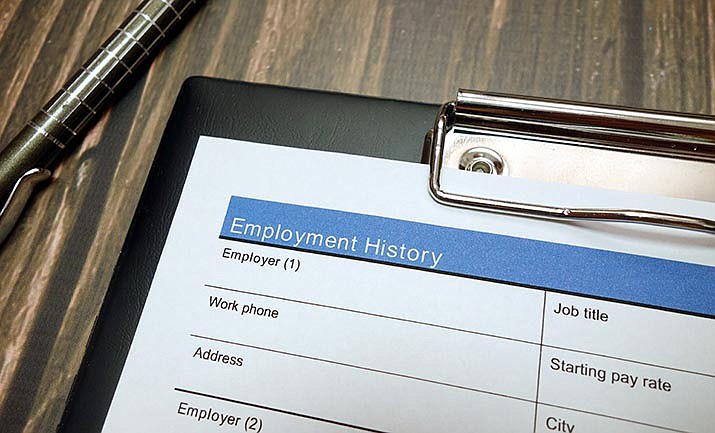 Gov. Doug Ducey has no plans to revisit the cap on benefits, which has not been altered since 2004, and which leaves Arizona jobless with less money to pay their bills than any state except Mississippi. Adobe Stock photo

PHOENIX - Beginning Monday, more than 430,000 Arizonans who have lost their job will have to live on no more than $240 a week.

And Gov. Doug Ducey has no plans to revisit the cap on benefits, which has not been altered since 2004, and which leaves Arizona jobless with less money to pay their bills than any state except Mississippi.

The announcement came Friday as the state Department of Economic Security reported it has been informed by the Federal Emergency Management Agency that all the funds allocated for the Lost Wage Assistance program have dried up after six weeks.

That was no surprise.

DES Director Michael Wisehart had warned a week earlier that the $44 billion earmarked by President Trump had a limited life. And he doubted there would be enough for a Week 7.

The news comes as the most recent report from the state Office of Economic Opportunity shows the number of people out of work actually increased between June and July by 19,500.

And the biggest losses came in employment in bars and full- and limited-service restaurants. The already beleaguered industry shed another 8,900 jobs -- 4.2% -- meaning there are now 28,500 fewer people working there than a year ago.

The losses in this sector are particularly attributable not just to COVID-19 but to the executive orders issued by Gov. Doug Ducey.

Under those directives, restaurants are limited to 50% capacity. And bars are shuttered entirely unless they live within not just those occupancy limits but also other restrictions on normal operations.

The monthly jobless report also showed continued losses of employment at amusement and theme parks and fitness and recreation centers, all businesses restricted by the governor.

Ducey on Thursday brushed aside questions of whether he could live on $240 a week.

On Friday, after the DES announcement that federal dollars are gone, Capitol Media Services asked gubernatorial press aide Patrick Ptak about what his boss thinks about the level of state benefits. He said that's not been foremost on Ducey's mind.

"The governor has had to make many tough decisions in order to protect public health,'' he said. "Our focus has been on containing the spread of the virus and saving lives.''

But what does the governor think about the level of state benefits?

"We need Congress to step up and do its job,'' Ptak responded, an issue having nothing to do with what Arizona pays its own jobless.

Ducey has previously been cool to the whole idea of raising the benefits -- or even discussing it.

"It's a hypothetical question because unemployment wasn't really an issue before the pandemic,'' Ducey said in late July.

The state, however, did have people looking for work before anyone ever heard of COVID-19.

Arizona's jobless rate in December was 4.6%. That's a full percentage point higher than the national average at the same time.

On a human level,

ompares with the an average of more than 17,000 Arizonans were collecting jobless benefits each week before the pandemic. These are people who had been laid off or fired through no fault of their own, a precondition to collecting the weekly checks.

A Morrison Institute survey conducted in late April and early May found that 52 percent want to permanently raise jobless benefits in Arizona. That includes 68 percent of Democrats questioned and 41 percent of Republicans.

There are Republican lawmakers who want to revisit the subject.

Rep. Warren Petersen, R-Gilbert, said he believes there's a case to be made for an adjustment. His concern, though, is not setting up a system where collecting benefits for up to 26 weeks -- the current statutory limit -- becomes a disincentive to work.

Adjusting the benefits would not affect the state budget.

They are paid by a tax assessed against employers on the first $7,000 of each worker's income, with the average employer charged $112 a year.

The actual levy depends on how often a company lays off workers who are eligible for benefits. Rates can be as low as $3.50 a year per employee and as high as $900 for employers with the worst layoff records.

Any increase in benefits would be reflected in a change in premiums.

There are other options being considered that could help the unemployed.

One is adjusting the law which says Arizonans start losing benefits once their earnings hit $30 a week. Raising that figure to $300, as has been suggested by Rep. Aaron Lieberman, D-Paradise Valley, could encourage people to at least get some part-time employment without fear of losing all benefits.

The outcome of the November election also could make a difference, particularly if Democrats manage to take control of the state House or Senate -- or both.

They would still have to deal with Ducey. But it would put them in a better position to negotiate with with the Republican governor who would need their support to push his own priorities.