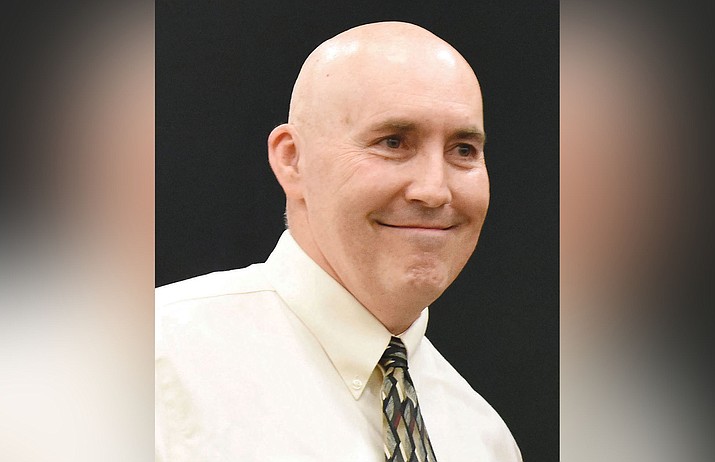 As you may know, a consolidation ballot question to be decided this November will ask Cottonwood-Oak Creek and Clarkdale-Jerome voters whether or not the Mingus Union High School District should be terminated. At the same time, this ballot question will ask Cottonwood-Oak Creek voters to approve the formation of a unified K-12 school district which would exclude Clarkdale-Jerome. Since this ballot measure was not requested by either the Cottonwood, Clarkdale-Jerome, or Mingus school district Governing Boards, the districts will have to pay the election costs and will likely transfer these costs to local taxpayers in 2021. Many questions exist regarding consolidation impacts and costs, budgets, taxes, governance and student achievement. In an effort to provide accurate information, I would like to share questions and answers gleaned from years of research and the recent Consolidation Information pamphlet. Many of these questions have appeared on social media pages and have been referenced in news media commentary. This document was not created while on duty with a school district; it was not created on behalf of a school district, nor was it prepared or distributed with school district resources. All supporting documents are available to the public and each response is demonstrably factual and references are available.

Q: Cost savings and budget streamlining have been suggested as benefits of school consolidation. Is it clear that local districts could budget more wisely or generate cost savings by consolidating?

A: I would refer to the school districts budgets recently prepared by the County Superintendent’s office, which are a public record, the election pamphlet, and on relevant research. For example:

-The County budget analysis shows that after a consolidation of Cottonwood-Oak Creek and Mingus Union, the budget of the new district could be less than the current combined budgets of the separate districts.

-Evidence from across the country suggests increased operating expenses after district unification. The SBA Education Research and Policy Center found no documented cases of financial savings from school mergers/consolidation.

-In a new unified district, any attending Clarkdale-Jerome students would not count towards the average daily membership (enrollment calculation). Important revenue streams, including the Classroom Site Fund (Proposition 301), Secure Rural Schools, and the Instructional Improvement Fund would be negatively impacted by a decreased ADM. The new district could face losses of revenue in each of these important funds.

-The Consolidation election pamphlet informs us that the Clarkdale-Jerome district could make a claim of assets from the new district to offset the amount of funds that C-J taxpayers previously provided for Mingus Union (which would no longer exist). According to the pamphlet, “If consolidation is successful, it is reasonable to believe that the Clarkdale-Jerome Governing Board may approach the new Unified School District Governing Board to seek a resolution of this issue." Therefore, any prediction of future cost savings at this time is speculative without consideration of such a claim.

-In the 2010 Auditor General’s performance audit report of the Cottonwood-Oak Creek district, the auditors described the consolidation of two similarly-sized Arizona school districts in 2002 and stated this had not resulted in any cost savings.

-The 2002 unification of similarly-sized districts did not result in non-instructional savings or higher classroom spending.

-According to former business office personnel from the two districts, unification did not result in duplicate positions being eliminated.

-Additionally, all staff members in the two districts were placed on the higher of the two salary schedules, resulting in additional expenditures.

The larger a district becomes, the more resources are devoted to ancillary or non-essential activities.

There is no solid foundation for the belief that eliminating school districts through consolidation will improve education, enhance cost-effectiveness or promote equality.

Q: It has been suggested that a reason to consolidate would be to increase Cottonwood-Oak Creek School District teacher salaries and benefits to be on par with Mingus Union High School teacher salaries. Shouldn’t the elementary teachers receive the same compensation as the high school teachers?

A: All teachers deserve increased pay and compensation in the State of Arizona. It is mathematically impossible to equalize salaries without decreasing or freezing the current salaries of Mingus teachers or reducing their future salary increases relative to those of the Cottonwood-Oak Creek teachers.

The perceived value in creating a K-12 unified district

Q: How would you respond to claims that a unified K-12 district, like those found in many of our surrounding and regional locations, can offer a better education and administrative and operational savings?  A: The Auditor General’s most recent School District Spending report makes the following clear; when compared to the K-12 unified districts listed in a recent Verde Independent commentary (Verde Valley, Flagstaff, Prescott, Payson, etc.), Mingus ranks as follows:

• Mingus Union has the fewest number of administrators per student

This evidence shows that the K-12 districts mentioned above spend less in the classroom and teaching salaries and more on administration and plant operations than Mingus Union.

A: From the current Auditor General’s report and with respect to academic achievement:

Mingus scores ahead of its peers on all three state assessments (math, English, and science). Only four of nine regional K-12 districts match that level of achievement versus their peer schools.

We should also analyze the research dealing with the relationship between district size and achievement and clarify what is meant by “curriculum."

The 2008 report released by the Glendale Union HS district found:

-Across the board in all studies that were reviewed, students in smaller schools AND smaller districts performed better academically, in particular students eligible for free and reduced lunch.

Q: How might the Clarkdale-Jerome District be changed by consolidation and how would its taxpayer be impacted?

Tuition costs would equal about $1,221,750, of which only $264,805 (about 22%) would be subsidized by state aid. State aid would not subsidize any bond debt repayment which would add an additional $299,364 to the Clarkdale-Jerome primary tax levy.

Q: What are the tax implications for residents in the current Clarkdale-Jerome and Cottonwood-Oak Creek districts if consolidation occurs?

A: We know that property taxes are based on a property's worth, or assessed valuation. When the assessed values of properties decline, school districts typically need to ensure the same incoming revenue, meaning future property tax levies could be increased above this new and larger primary-tax burden created by consolidation.

-A new unified district comprised of the current Cottonwood-Oak Creek and Mingus districts would be smaller and have a lower total assessed valuation. This means in order to raise the same bond or override revenues, the residents of a new district would have to be taxed at a higher rate.

Q: How would the governance of a new district compare to the current system?

A: The current governance structure would be eliminated with consolidation. When the Mingus Union District was formed in 1959, it allowed our communities to maintain independent K-8 districts and then bring all our grade 9-12 students together as one student body for high school.

-One of the impacts of consolidation on governance is that it would remove all residents of the Clarkdale-Jerome district from the Board service and oversight opportunity that the current union-district partnership affords them for grades 9-12.

-Clarkdale residents would lose the opportunity to elect board members to govern the new district even if Clarkdale-Jerome continues to send their 9th graders to high school in Cottonwood (Mingus).

-According to the Consolidation election pamphlet, since 3 of 5 Mingus Board members reside in the Clarkdale-Jerome District, these terms would end in July 2021 if consolidation takes place and they would be unable to serve the remainder of their terms.

A: In 2017 it was reported that the decision by the Clarkdale-Jerome Board was based, in part, out of concern regarding revenue losses in the district if consolidation were to occur, including approximately $487,000 in small school funds.

-Prior to the calculation and current estimate of a $1.3 million increase in the primary tax levy in the district to subsidize tuition costs and bond debt repayment.

-Prior to the recent determination that the terms of three current Mingus Board members who reside in the Clarkdale-Jerome district would end in July 2021 if consolidation occurs.

-Prior to lobbying efforts by members of the consolidation committee to exclude Clarkdale-Jerome residents from their right to vote in a consolidation election. When those efforts failed, the committee members again lobbied at the State Legislature in an attempt to dilute the independent vote of the Clarkdale-Jerome district. Yavapai County School Superintendent Tim Carter references Arizona law in the election pamphlet, which requires that voters must be counted separately in each district, and that two separate majorities are necessary for the termination of Mingus and consolidation to take place.

I strongly urge you to cast your school consolidation vote based on facts, evidence, and pertinent data. An election outcome as important as this one should not be determined by emotion, presumptions, or unsupported beliefs.

EDITOR'S NOTE: Mike Westcott is the superintendent of the Mingus Union High School District. This commentary was provided to the Verde Independent from a private e-mail address during non working hours.