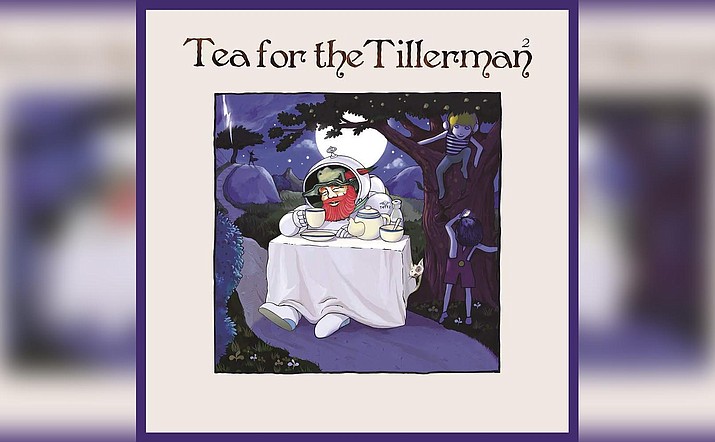 50 years after the original made him a global superstar, Yusuf (Cat Stevens) has rerecorded an entirely new version of his 1970 classic album Tea For The Tillerman.

With many of the album’s songs sounding more relevant than ever today, Tea For The Tillerman 2 offers up striking and sensitive new renditions of stone-cold classics.

Yusuf Islam, commonly known by his stage name Cat Stevens, and later Yusuf and eventually Yusuf/Cat Stevens, is a British singer-songwriter and multi-instrumentalist. His musical style consists of folk, pop, rock, and, in his later career, Islamic music. He was inducted into the Rock and Roll Hall of Fame in 2014.

In 2006, he returned to pop music and released his first new studio album of new pop songs in 28 years, entitled An Other Cup.

With that release and subsequent ones, he dropped the surname “Islam” from the album cover art – using the stage name Yusuf as a mononym.

Tracks: Where Do The Children Play?, Hard Headed Woman, But I Might Die Tonight, On The Road To Find Out, Sad Lisa.

Cults were deep into the process of recording their fourth full-length LP when singer Madeline Follin let a secret slip.

At the time, it seemed inconsequential, just a passing comment amongst friends, but in the end, it would prove to be a monumental revelation, one that would change the acclaimed New York duo.

“In the past, I’d never brought my own music to the table because I was just too shy,” says Follin, “but at some point during the sessions, I mentioned that I’d been writing some songs on the side, and our producer, Shane Stoneback, asked me to share them.”

“When Shane and I heard what Madeline had written, we couldn’t believe it,” says Brian Oblivion. “The music just floored us.” What followed was a radical reimagining, both of the band’s sound and it’s dynamic, and the result is Cults’ utterly mesmerizing new album, ‘Host.’

Written more collaboratively than ever before and recorded primarily with live instruments for the first time, the collection marks the start of a bold new chapter for the band, one fueled by an ever-deepening trust and a boundless appetite for growth and experimentation.

Tracks include: Shoulders To My Feet, 8th Avenue, Working It Over, Masquerading.

Vocalist, multi-instrumentalist and sonic visionary Angel Deradoorian has never shied away from testing aural and conceptual boundaries in her work.

Her music is a fusion of riveting vocals co-mingling with various of instruments - a true testament to an artist who found new depths both within herself and in her process through allowing herself to be driven entirely by instinct.

Angel Deradoorian, also known mononymously as Deradoorian, is a musician based in Los Angeles. She is best known for her work with Dirty Projectors as full-time member from 2007 to 2012.

Protean Threat is the 23rd studio album by Osees, set to be released. It is the band’s first full-length album to be released under the name Osees.

Witness the ever-changing, ever-mutating threat that is reality. Perception is under duress; sensibility is bending everyday under the barrage of nonsense.

One must make note of whom one is and what one has become: look into the mirror of the planet-killers-psychic cannibals infiltrate and contaminate once familiar and seemingly secure territories... formidable foes indeed! What powers these beasts? What fuels discord and hatred? The behemoth of a “civil” society? What are the weapons at one’s disposal?

Generosity is the aegis against greed, empathy is the armor to deflect apathy, love is the club to abate hate ... The fog is lifting and humans are opening their eyes.

And so Castle Face offers this field recording, the Osees Protean Threat, from the pits as a quick booster between protein pills and recycled sweat beverage anthems.

On two tracks the artist’s own vocals are also heard for the first time.

This is the first release on the artist’s own label, Late Music.

The title of the record ‘Cantus, Descant‘ has both literal and metaphorical meaning and is something of a concept album that addresses the relationship between the two.

Davachi comments: “The pervading affect on the album is one that gives reverence to the suspension, the epoch, a space where we welcome and attempt to reconcile impermanence.

“It is an opportunity to go inside ‘ oneself, one’s sound ‘ in order to simultaneously commune with our comforts and that which we mourn, perhaps not unlike the function of a hymn.”