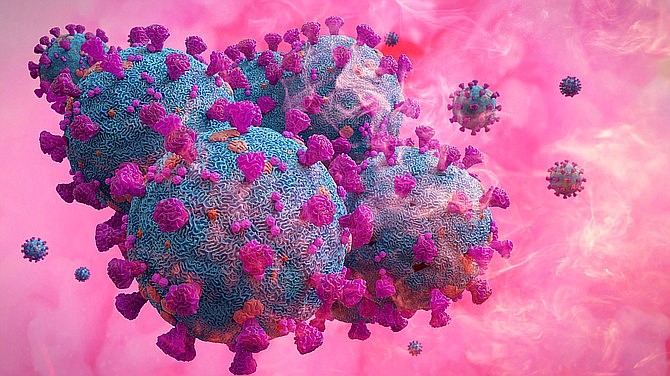 PHOENIX - Two new reports suggest that Arizonans will be among the least likely to get immunized against COVID-19 once a vaccine becomes available.

A new poll being released Tuesday by OH Predictive Insights finds just 38% of Arizonans said they would get the shots if it were offered to them. An identical number said they would refuse, even if offered for free.

That compares with national surveys showing about half of Americans saying they would get the vaccine, with about 20 percent refusing.

Separately, the financial advice website WalletHub finds only nine states where the rate of people getting vaccinated for existing diseases already is lower than here. And among children and teens, the vaccination rate is even lower than that, with Arizona fifth from the bottom.

And with the record showing Arizonans tend to be more distrustful of inoculations in general, that suggests the refusal rate here for a COVID-19 vaccine would be higher than most of the rest of the country.

All this comes as new data shows that the coronavirus may once again be on the upswing in Arizona.

That number represents the effective reproduction rate of the virus, meaning how many secondary infections are likely to occur from a single infection in a given area. Values over 1.0 means more cases are likely; numbers below 1.0 show a declining spread.

That 1.05 is the highest since June 18, right before Gov. Doug Ducey conceded he had made a mistake in allowing certain businesses to reopen and ordered many of them shut. Since then, however, the state now is allowing more businesses to operate, albeit under certain restrictions, even as that R-number slides back up.

"The model is sensitive to days with high reports of cases or low lab numbers, which may not provide the full picture when comparing to all data,'' he said.

But it was Ducey who touted the importance of the R-numbers in late July, bragging when they hit 0.81.

More to the point, the rate has been on an upswing ever since then. And there are now 32 states with lower R-numbers.

Ptak pointed to other "encouraging signs'' like a decreasing percentage of tests for the virus that come back positive and a low hospitalization rate of people with COVID-like symptoms. Still, he conceded that the data show the virus is still circulating.

All that then goes to the question of whether Arizonans facing the risk of infection will roll up their sleeves for a COVID vaccine.

The WalletHub findings in particular underline what has become a political issue in Arizona.

It looked at what is known as the "combined 7 vaccine series'' which includes protection for a host of diseases including diphtheria, whooping cough, tetanus, polio, measles, mumps, rubella, hepatitis B, pneumonia, chickenpox and a certain strain of flu. It found at 66.5 percent of those age 19 to 35 months were vaccinated, putting Arizona fifth from the bottom.

Part of that likely relates to state laws on what vaccines are required before a child can attend schools.

All states have medical exemptions. And most have religious exemptions.

But Arizona is among only 15 states, according to the National Conference of State Legislatures, that allows parents to opt out strictly for personal, moral or other beliefs.

Some state legislators don't think even that goes far enough.

Last year, Rep. Nancy Barto, R-Phoenix, pushed several measures that public health advocates said could have resulted in fewer children being inoculated, including one that would have eliminated a requirement that parents sign a state-prepared exemption form that acknowledges the risk to their youngsters for refusing to inoculate, including serious injury and death. Barto called the form government coercion.

Another would have mandated that parents be given extensive information about the risks of vaccines. And a third would have required parents be told they have the option of having their children tested first, ahead of any vaccinations, to see if they already have immunity.

All the bills faltered after Ducey said he would veto them.

"The governor is pro-vaccination,'' Ptak said Monday. "He encourages all parents to vaccinate their kids.''

He had no comment about the current low vaccination rates.

As to a COVID vaccine, Ptak said the governor wants to be "ready and prepared'' when one becomes available.

Ducey has said in the past he does not support mandated vaccines.

But Rep. Kelly Townsend, R-Mesa, said Monday concerns remain, especially now that Ducey has declared a public health emergency. And one provision of that law allows the governor to mandate vaccinations to those who "may reasonably be expected to be exposed'' to certain highly contagious and highly fatal diseases.

Townsend said she doesn't expect Ducey to exercise that power, especially given that the fatality rate from COVID-19 is not that high.

Her bigger concern is on the commercial level.

She pointed out that businesses already refuse service to patrons who are not wearing masks. Townsend fears that would extend to those who have not been inoculated.

And if it seems like that would be impossible for business owners to enforce, she pointed to research being done at the Massachusetts Institute of Technology which would not only deliver vaccines but plant fluorescent "quantum dots'' beneath the skin which emit near-infrared light that can be detected by a specially equipped smartphone to show who has been inoculated.

ARE ARIZONANS WILLING TO TAKE A CORONOVIRUS VACCINE RIGHT NOW?

Governor: Wearing masks an expected reality through 2020
Arizona's COVID-19 infection rate gets international attention
More than 1,000 Arizonans hospitalized for COVID-19
Arizonans are back to $240 per week in unemployment benefits
Ducey: Hospitals must plan to increase bed capacity by 50 percent
Event Calendar