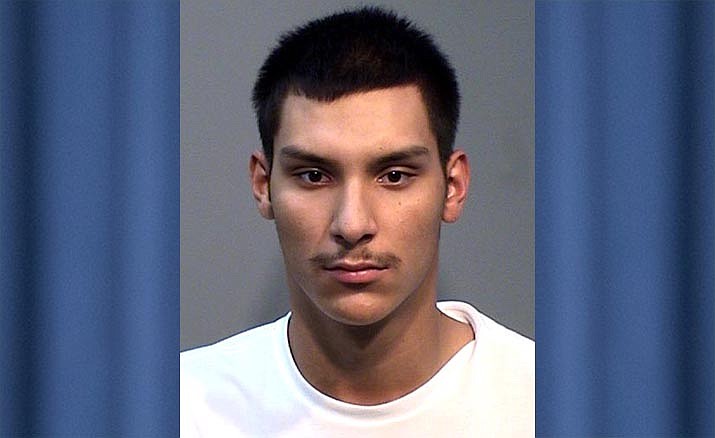 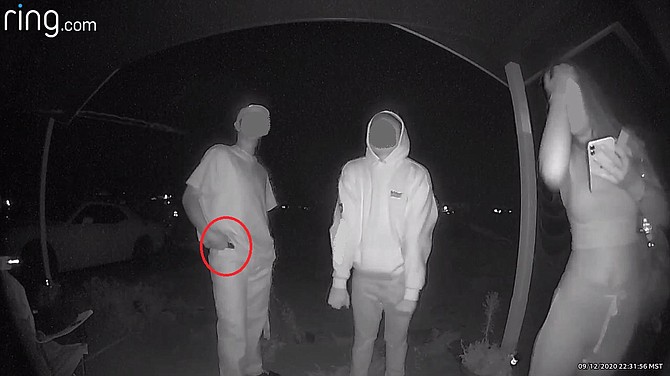 A ring.com doorbell at the home captured images of the teen grabbing the handgun in a firing grip through his shirt before going inside the home,” according to YCSO. As he ran from the house, the camera caught him holding the revolver in his right hand. YCSO courtesy images 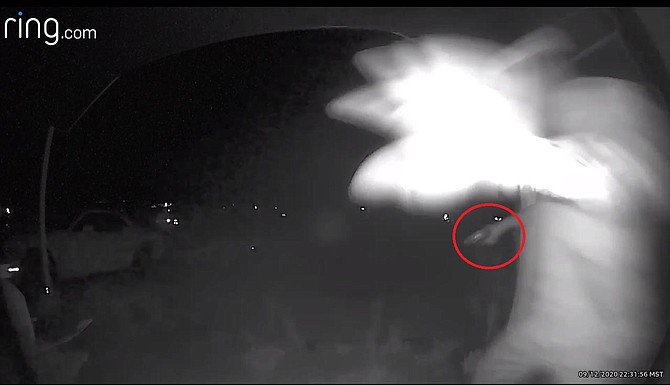 COTTONWOOD — A 17-year-old boy arrested Sept. 12 for threatening party-goers with a handgun will be tried as an adult.

At approximately 10:45 p.m. Saturday, Sept. 12, Sheriff’s deputies were dispatched to the 2700 block of South Rio Verde Drive in Cottonwood where Mayes reportedly pointed a gun at people inside the home, a YCSO Sept. 15 news release stated.

Although he had left the house by the time deputies arrived, party-goers identified Mayes, the news release stated.

Deputies then went to the teen’s home on Comanche Drive in Cottonwood.

“The suspect admitted going to the party with one other person and denied ever having a pistol. During a search of his car, .357 rounds were found. In his room, deputies located a BB gun that the suspect later claimed he used at the party.”

According to the news release, there was a ring.com doorbell at the home of the party which captured images of the suspect grabbing the handgun in a firing grip through his shirt before going inside the home.

“As he ran from the house, the camera caught him holding the revolver in his right hand,” the news release stated.

According to the Sheriff’s Office, the revolver seen in the video and described by the victims was completely different from the BB gun found and was likely associated with the rounds discovered in his car.

As of Thursday, the Sheriff’s Office continues to try and locate the handgun involved and pictured in the security video, D’Evelyn said Thursday.

If anyone has information on the whereabouts of the handgun or details that could help lead to its recovery, call the Yavapai County Sheriff’s Office or Yavapai Silent Witness at 800-932-3232. Refer to case 20-030826.

Mayes was charged with 12 counts of aggravated assault/deadly weapon, misconduct with a weapon, and minor carrying a firearm.