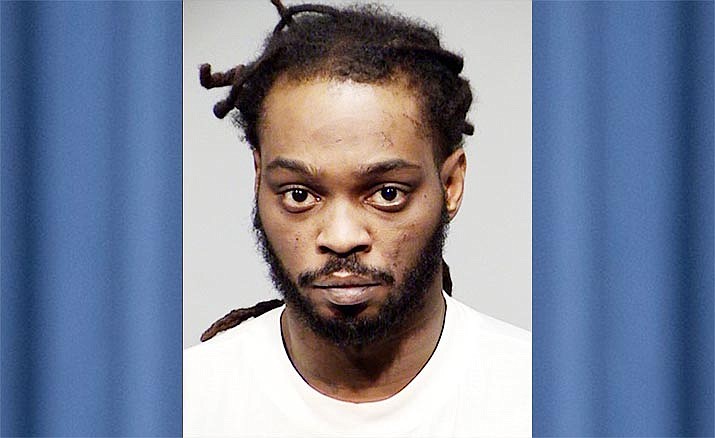 VILLAGE OF OAK CREEK — At approximately 2 a.m. Saturday, Sept. 19, Yavapai County sheriff’s deputies responded to the Bell Rock Inn and Resort located in the 6200 block of State Route 179 in the Village of Oak Creek.

Dispatch had received reports that a man was hitting a woman inside their room.

According to a Sept. 19 news release by the Yavapai County Sheriff’s Office, witnesses said they heard the woman yelling that her baby was not safe.

Upon arrival, deputies found the woman on the ground outside the hotel with the man on top of her. Deputies quickly took the man into custody. The man was later identified as 34-year-old Andre Scroggins of Gilbert. Both Scroggins and the victim were covered with blood, Yavapai County Sheriff’s Office reported.

It was then discovered Scroggins had beaten and stabbed the woman throughout the altercation, YCSO reported.

“The victim had a badly swollen face with many injuries to include multiple lacerations and puncture wounds about her head, left shoulder and chest,” the Sheriff’s Office reported.

The woman said that as she was attacked on the hotel room bed, her infant was in close proximity to the attack and was in danger, the Sheriff’s Office reported. The deputies were then told the infant was still inside the hotel room where the couple was staying.

The deputies quickly responded to the hotel where they found the child inside, crying and screaming. The child was taken into temporary custody by Department of Child Services.

The hotel room sustained considerable damage and was covered with a large amount of blood in virtually every room, the Sheriff’s Office reported.

Scroggins was booked into the Yavapai County Jail and is facing two counts of aggravated assault, endangerment, disorderly conduct with a deadly weapon, and criminal damage.

Scroggins is currently in the Yavapai County Jail on a $200,000 bond.