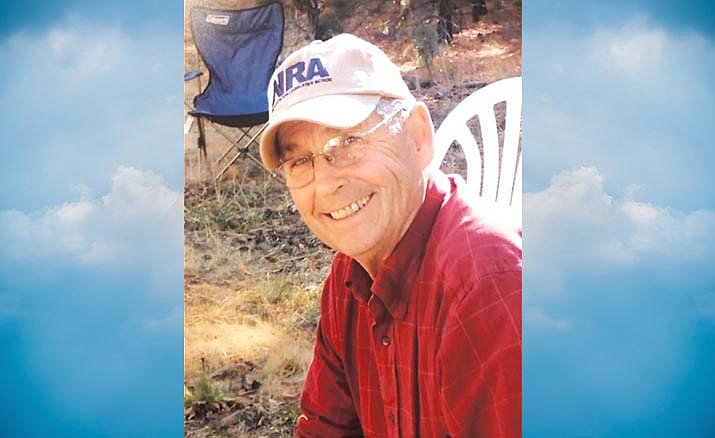 Fred “Butch” Ribelin was born on May 18th, 1934 in Prineville, Oregon to Diamond D. Ribelin and Catherine F. Ribelin (Bostanero).

In 1963 he married his sweetheart, Carolyn Anne Buchanan, daughter of William “Buck” Buchanan and his wife Dorothy. They lived in Sekiu River and then Clallam Bay and had four amazing children, Timothy and Nesha, Ryan and Kelly, Paul and Michelle, and Christina and Ben (D).

On Sunday, July 11th, 1965, Fred gave his life to Jesus at a Billy Graham crusade in Seattle, Washington. The transformation was dramatic. He never drank alcohol again and stopped cursing that day. He was a member of the Clallam Bay Presbyterian Church and actively shared his faith with other loggers and neighbors. In 1975, Fred took his family on a five-week mission trip to Bafu Bay, Liberia. There he taught local native pastors at a missionary station on the coast while Carolyn taught the local kids.

The family moved to Flagstaff, Arizona in 1983 to join the family logging business, High Desert Investment Company, formerly George F. Ribelin Logging. The family attended First Assembly of God and were active teaching Sunday School and serving on the church board. Fred and Timothy worked for High Desert until Fred retired in 2017. His last day of work was the day his son-in-law, Benjamin Barth, was killed in Casa Grande in a motorcycle accident.

He and Carolyn moved to Camp Verde in 2001 and were actively involved in Camp Verde First Assembly with Pastor Michael Garrison. Carolyn was the Sunday School superintendent and Fred taught the adult Sunday School class for years until Covid-19 shut down church services.

Fred is preceded in death by his brothers, Jack and Jim, his sister Louise (of Cottonwood, Ariz.) and his son-in-law Ben. He leaves behind his wife and children, his grandchildren; Caitlin and Rick, Ezekiel, Rachel and Christopher, Eliza and Adrian, Michaella and Reuben, Samuel, Ethan, Ella, Gunnar and Sawyer and his great grandchildren; Ryker, Freya, Penelope, Maeve, Callum, Lainey, Meara, and Emiliano. He is missed.

Celebration of Life will be held at Cottonwood Journey Church Saturday, September 26th at 2pm. Condolences may be shared at www.buelerfuneralhome.com.