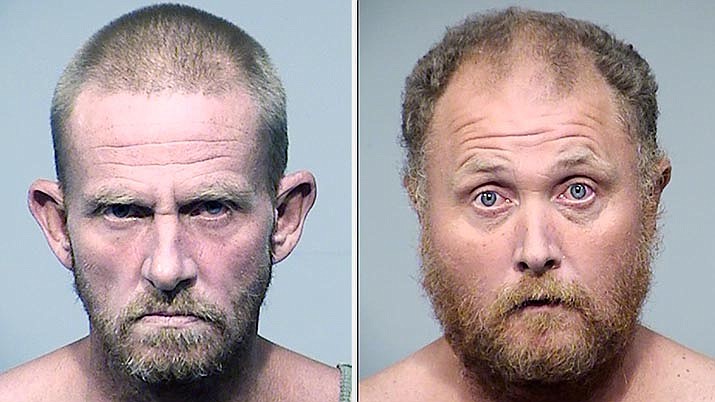 COTTONWOOD – Two brothers were arrested Thursday on charges stemming from an alleged attempt to pass counterfeit money to businesses, according to a release from the Cottonwood Police Department.

One of the suspects matched a description from the first store, police said.

While officers were attempting to locate the two suspects, dispatch received three more reports from businesses located in a strip mall in the 1500 block of E. State Route 89A for two men trying to pass a counterfeit $100 bill.

The suspects were eventually located in the 300 block of S. Main Street and identified as brothers.

The counterfeit $100.00 bill was located in Josh Poe’s possession. Josh Poe admitted to officers he knew the money was fake but he and his brother are homeless and he was trying to purchase food.

The brothers were booked into the Yavapai County Detention Center, but both were out of custody through Pre-Trial Services in less than 24 hours.