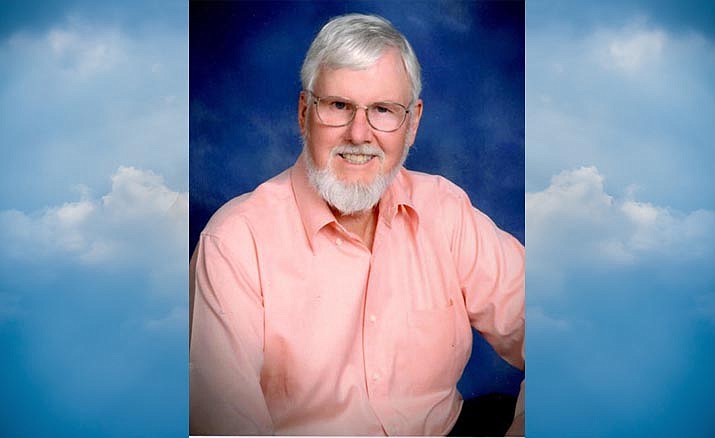 Michael John Connelly, age 78, passed away peacefully as the sun rose on Sept 3, 2020, surrounded by the love and care of his family. He was born on April 21, 1942 and raised in Bakersfield, California.

Following graduation from Garces High School, he attended St. Mary’s College and entered the Christian Brothers. After five years, he left the Brotherhood.

The next of life’s highlights was meeting and marrying Joyce Kitts in 1967. They lived in Hollywood, where he taught Theology at Immaculate Heart College for two years.

When they started their family, they moved to Tempe, Arizona, where Michael became the Director of a Head Start Program before beginning his 25+ year career with AiResearch (that eventually became Honeywell). He was their Contracting and Pricing Manager, and a highlight of his career was designing a program to estimate the cost of propulsion engines.

He officially retired in June of 2000, but returned several times as a contract employee to assist on various projects.

Michael was the very proud father of six children (four of whom were adopted), and raising his children with Joyce brought him great joy. His children remember him as a steady force in their lives, always there to listen and offer words of encouragement and support. They also fondly remember him as someone who would take any and every opportunity to build a dam when out on camping trips!

When their children were grown, Michael and Joyce moved north to Camp Verde, Arizona, away from the extreme city heat, where they enjoyed 3 acres, 2 horses, 2 donkeys, 3 dogs, and 11 (eleven!) cats. Their family grew to include 12 grandchildren and a great grandchild. Joyce very sadly passed away unexpectedly following a surgery in 2015.

In 2017, Michael was blessed to meet his second love who happened to be sitting in his “spot” at morning Mass. Karla had recently moved to Camp Verde to be close to her sister and attended Mass daily. They had an instant bond with their boundless faith in Jesus Christ. Karla had attended regular retreats with the Carmelite Order that Michael so admired. Their daily attendance at Mass led to coffee after and a beautiful friendship and caring relationship began as she helped Michael through his medical treatments for his melanoma.


They were married in 2018 and continued life at his Camp Verde home. In the past year, with the help of family, they converted a large shed into a chapel where they each did their daily meditation and spent their quiet time.

On the morning that Michael passed away, Karla had gone to the chapel for her morning prayer and was “acutely aware that Christ was present”. When she returned to Michael’s side, he was gone. She was an angel-on-earth watching over him!

Michael lived his life serving others and was a model of faith, spreading the message that God deeply loves each one of us. In a final attempt to describe and honor him, a quote from St. Francis seems most fitting: “Nothing is so strong as gentleness; nothing is as gentle as real strength.”

A special thanks to Michael’s dear friend, Al McTighe for contributing to this obituary. An online guestbook is available to sign at www.westcottfuneralhome.com.