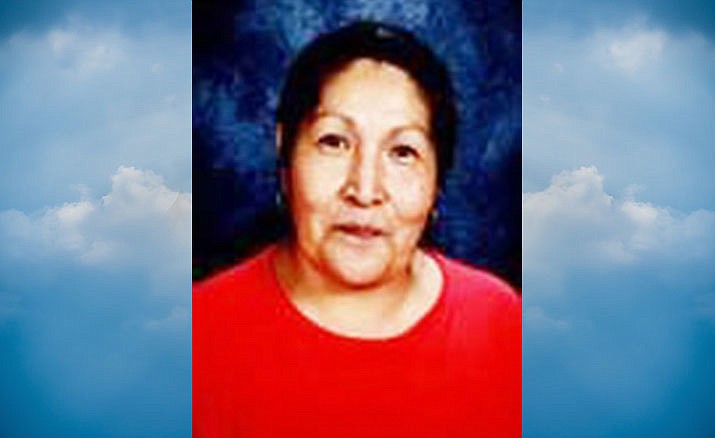 Mary was a proud member of the Yavapai Apache Nation and she lived in Middle Verde since 2007. Mary Jane was born on May 21, 1953, the Daughter of David Smith Sr., from Camp Verde, Arizona and Mary Harney from San Carlos, Arizona.

Mary was adopted at a young age by Oswald and Bonnie Gallagher and she grew up in Murray, Utah. She attended school, married, worked, and lived in Utah for 45 years. Mary Jane was a member of the Church of Jesus Christ of Latter-Day Saints and was also accepting of traditional Native American spiritual ways as well as the traditional ways of the Yavapai and Apache people.

Growing up in Utah, Mary Jane attended Murray High School and was married to James T. Fullmer for 20 years.

As a young adult, Mary Jane lived and raised her children in Sandy, Utah. Mary Jane divorced in 1989 and was remarried in 1992 to John Montgomery until they divorced in 2007.

She lived with her blended family in Kearns, Utah until 2002, then moved with her family to Camp Verde, Arizona to be closer to her family members and sons who lived in the Verde Valley.

Mary Jane most recently lived with her significant other, Ernie Birner for the last 10 years. After moving to Camp Verde, Mary Jane worked for the Yavapai Apache Nation for several years but stopped working due to disability and injuries that impaired her ability to work. She spent her time enjoying what she called a “blessed life” and she genuinely enjoyed her simple life and family!

In September 2019, Mary Jane suffered a paralyzing stroke, which left her unable to live at home without daily assistance. She was supported at home by her significant other Ernie Birner and her family, children, and grandchildren.

Her oldest granddaughter Aliyah Fullmer moved her family from Louisiana to care for her grandma until she passed away.


Mary Jane loved life and she was a bright light for others. She was always available to help and listen when called upon and her door was always open to others. Her favorite thing to do was to help others in any way she could. She felt that her purpose in life was to love and treat everyone with kindness. She never missed an opportunity to give selflessly.

She was an amazing cook and enjoyed going to new places and traveling with her family. She especially loved spending time with friends and family celebrating and making others laugh.

She was an avid reader and could read several books a week. She loved all kinds of music and was a soulful woman and was known as being a bit of a “Disco Queen” when she was a young lady!

She loved spending time at the Verde River and dipping her feet in the water. Mary Jane was proud and independent, she rarely asked for help and never complained.


Mary Jane will be missed dearly but her memory will live on in her family and all the lives she touched during her life here on earth. She was truly a phenomenal woman who left her mark in the hearts of many. Rest in Peace Mary Jane our Love for you will never die!

There will be a Memorial for family and friends, held for Mary Jane Gallagher on Saturday, October 3rd beginning at 2PM located at: Bueler Funeral home located at 143 E Arnold Street Camp Verde AZ 86322.

Condolences may be conveyed at buelerfuneralhome.com