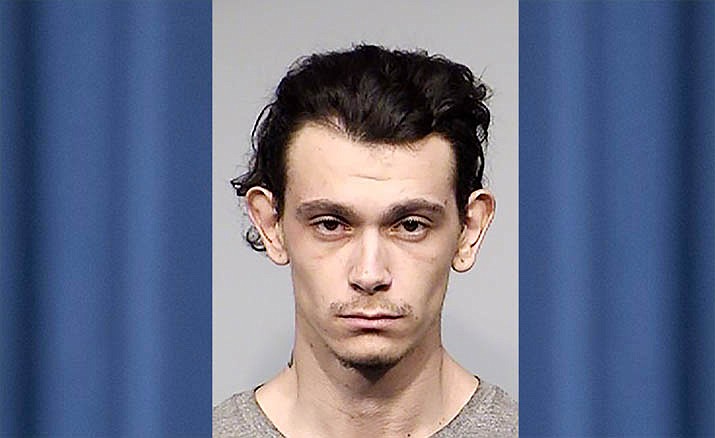 COTTONWOOD –A Cottonwood man was arrested last week on several charges after he was allegedly driving recklessly and brandishing a handgun.

Kurt Avci Slavik, 23, was booked into the Yavapai County Detention Center on Sept. 25. He was charged with several counts of aggravated assault with a deadly weapon, being a prohibited possessor, possession of a deadly weapon during the commission of a felony and possession of drug paraphernalia — all of which are felonies.

Slavik was also charged with several counts of misdemeanor endangerment, according to a report from the Cottonwood Police Department.

Shortly before 11 p.m. on Sept. 25, officers responded to the Food City parking lot at State Route 89A and Main Street. Police had been alerted to a man recklessly driving a black car in the parking lot, nearly hitting people and vehicles.

Police were told the man was confronted and had brandished a handgun in response.

The report said as officers were pulling into the parking lot, the vehicle backed up quickly, made a “J” turn and headed toward both an exit and a patrol vehicle, the report said. Officers stopped the vehicle and conducted a high-risk stop.

According to the report, officers had their weapons drawn and directed Slavik to get out of his car and walk backward toward police. He was then taken into custody.

Slavik told police he is a felon and is going back to prison, the report said.

Police said officers located a 9mm Armi Fratelli Taneoglio Spa semi-automatic handgun in the car. It was loaded with bullets in a magazine, but there wasn’t a bullet in the chamber.

Slavik remained at the Camp Verde Detention Center as of Sept. 30. He is being held on a $50,000 paper bond.