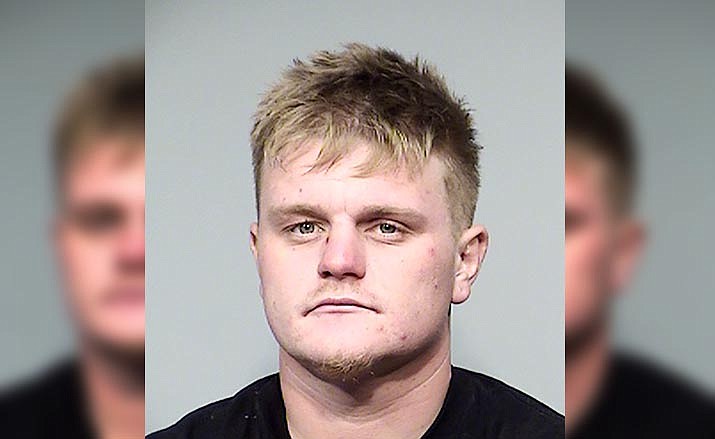 Brandon Michael “Mike” MacKinnon, 24, of Cottonwood, was reportedly driving the truck that struck the bicyclist. He is sought by Cottonwood police. Courtesy of Cottonwood Police Department

COTTONWOOD -Cottonwood police are looking for a man involved in a hit-and-run involving a bicyclist in Old Town Cottonwood on the morning of Monday, Sept. 28.

The bicyclist, a 65-year-old man, was transported to the hospital with non-life-threatening injuries.

At about 8:30 a.m. Sept. 28, Cottonwood police and paramedics responded to the intersection of Willard and Main streets, near Old Town, for a report of a bicycle and vehicle hit-and-run accident, the release said.

Witnesses said a dark-colored pickup truck struck the bicyclist while both were headed southbound in the 700 block of Main Street, police said.

The driver of the truck fled the scene in his truck. Some witnesses followed him. The suspect truck was located in an alley between the 1200 and 1300 block of East Mingus Avenue abandoned, police reported.

Based on witness reports and video surveillance footage, police said the suspect was identified as MacKinnon. He is also the registered owner of the truck.

“Mike Mackinnon has not been located, but there is probable cause for his arrest,” police added. 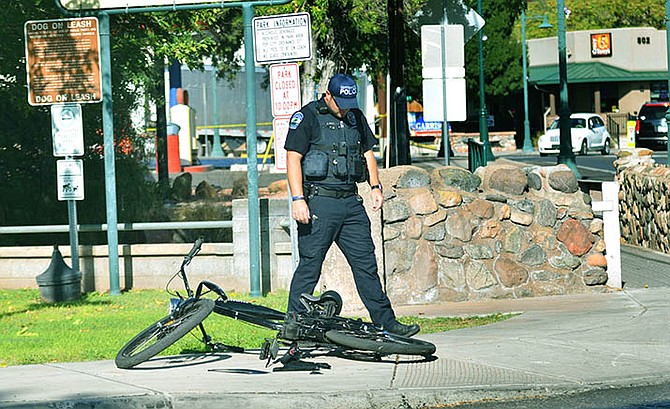 A Cottonwood police officer looks over a bicycle that was ridden by a man who was struck by a vehicle Monday. Police are looking for Brandon Michael “Mike” MacKinnon, 24, of Cottonwood, who was reportedly driving the truck that struck the bicyclist. VVN/Vyto Starinskas