New movie 'Spontaneous' a coming-of-age love story about growing up ... and blowing up 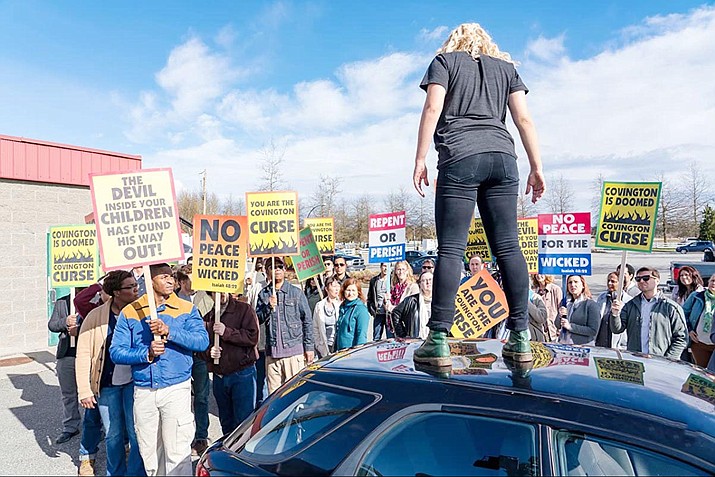 Get ready for the outrageous coming-of-age love story about growing up...and blowing up.

When students in their high school begin inexplicably exploding (literally ...), seniors Mara (Katherine Langford) and Dylan (Charlie Plummer) struggle to survive in a world where each moment may be their last.

As an unexpected romance blossoms between them, Mara and Dylan discover that when tomorrow is no longer promised, they can finally start living for today.

Rated R for teen drug and alcohol use, language and bloody images throughout.

It’s 1999 and over the course of one 12 hour shift at an Arkansas hospital, a junkie nurse (Angela Bettis), her scheming cousin (Chloe Farnworth) and a group of black market organ-trading criminals (Mick Foley, David Arquette, Dusty Warren) start a heist that could lead to their imminent demises.

During a double shift, Mandy’s cousin Regina mishandles a kidney delivery, and chaos ensues as Mandy and Regina frantically attempt to secure a replacement organ.

12 Hour Shift was scheduled to have its world premiere at the Tribeca Film Festival in April before the festival was postponed due to the COVID-19 pandemic.

A Call to Spy

In the beginning of WWII, with Britain becoming desperate, Churchill orders his new spy agency -- the Special Operations Executive (SOE) -- to recruit and train women as spies.

Together, these women help to undermine the Nazi regime in France, leaving an unmistakable legacy in their wake.

Possessor follows an agent who works for a secretive organization that uses brain-implant technology to inhabit other people’s bodies - ultimately driving them to commit assassinations for high-paying clients.