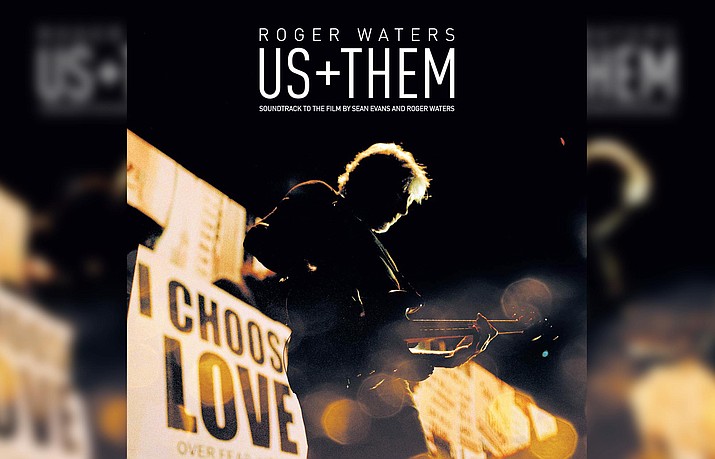 Roger Waters – Us + Them

Roger Waters – Us + Them

Roger Waters: Us + Then, chronicles the acclaimed 2017-2018 tour of the iconic Pink Floyd artist.

As founding member, lyricist, composer and creative force behind Pink Floyd, Us + Them presents Waters powerful music in stunning form and highlights its message of human rights, liberty and love.

Based around his acclaimed, sold-out Us + Them worldwide tour of 2017-18, comprising a total of 156 shows to 2.3 million people across the globe, the record features classic songs from Dark Side of the Moon, The Wall, Animals, Wish You Were Here as well as his most recent album, Is This The Life We Really Want?

Waters powerfully demonstrates that he is at heart, a musical activist and one of the most passionate political commentators of his time.

Welcome To The Machine and Another Brick In The Wall Part II, are a stark reminder of the bleak warnings that he gave decades ago about alienation, displacement, greed, suffering, destruction and loss.

Tracks include: Speak to Me, One of These Days, Welcome to the Machine.

Outside of television, William Shatner has enjoyed a steady music career for decades. In his spoken word style, the Star Trek star covered popular hits like Bob Dylan’s “Mr. Tambourine Man” and The Beatles’ “Lucy in the Sky with Diamonds” on his 1968 record The Transformed Man.

He also put out a live album in 1977; the star-studded David Bowie-inspired Seeking Major Tom in 2011; and the Iggy Pop-featuring Shatner Claus holiday LP in 2018.

Tracks include: Sweet Home Chicago, I Can’t Quit You Baby, Sunshine of Your Love, Born Under a Bad Sign, Secrets or Sins.

Death Valley Girls – Under The Spell Of Joy

The album opens with “Hypnagogia,” an ode to the space between sleep and wakefulness where we are open to other realms of consciousness.

Tripped out saxophone bleats from guest player Gabe Flores swirl on top of the organ drones laid out by guest keyboardist Gregg Foreman.

The band’s choral objectives for Under the Spell of Joy are established right off the bat, with Bonnie Bloomgarden’s melodic invocations bolstered by a choir, giving the album a rich and vibrant wall-of-sound aesthetic.

The song ominously builds on it’s hypnotic foundation until it opens up into a raucous revelry at the four-minute mark.

The portentous simmer of the opening track yields to the ecstatic rocker “Hold My Hand,” where verses reminiscent of Velvet Underground’s “I’m Waiting For The Man” explode into big triumphant choruses.

Tracks: Hypnagogia, Hold My Hand, Under the Spell of Joy, It All Washes Away, 10 Day Miracle Challenge, Hey Dena.

For his fourth album, Keep ‘Em on They Toes, Brent Cobb is giving his songs the space they need to speak for themselves, a reflection of his own decision to write about the way he sees the world.

“My last couple of albums have been about people and places, and I wanted this album to be about thoughts and feelings,” he says.

At his core, Cobb still writes country songs, so there’s a continuity between Keep ‘Em on They Toes and past projects like 2016’s Shine on Rainy Day (a Grammy nominee for Best Americana Album) and 2018’s Providence Canyon. After living in LA and Nashville to develop his music career, Cobb and his family moved back to Georgia a few years ago – a decision that affected his songwriting.

Inspired by the spaciousness of classic country albums like Jerry Lee Lewis’ 1977 Country Memories, the new project allows the listener to hear everything that’s going on, yet the songs remain the star of the show.

Tracks include: Keep ‘Em on They Toes, Shut up and Sing, Good Times And Good Love, Sometimes I’m a Clown, This Side of the River, Dust Under My Rug, Soapbox.

CMFT has been a long time coming for Taylor, with newly written tracks alongside some dating back to his teens. Recorded at Hideout Studio in Las Vegas, with producer Jay Ruston and his band — Christian Martucci [guitar], Zach Throne [guitar], Jason Christopher [bass], and Dustin Robert [drums] — the album traces a wild and exhilarating roadmap through Taylor’s musical psyche.

“HWY 666” kicks off the album barreling ahead with a devilish twang, while “Silverfish” peels back the layers of Taylor’s songwriting as acoustic guitars build to a highwire balance of hooks and heft. An ominous bass line gives way to pummeling wah-ed out guitars on “Culture Head” and the moving piano-driven “Home” offers a raw glimpse at Taylor’s immense vocal range.