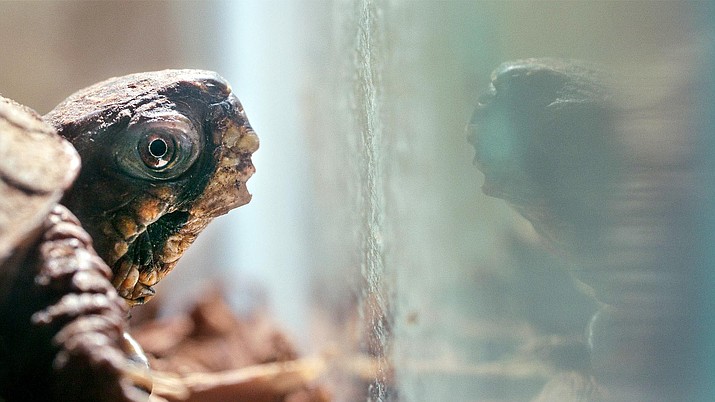 The documentary, which is a selection of the 2021 festival, focuses on the groundbreaking work of holistic practitioner Mark Mincolla, PhD. East meets West in this convergence of traditional medicine and ancient holistic teachings, miracle recoveries and cutting-edge science.

The film is a life-changing journey that expands our sense of human healing potential. Compelling interviews with luminaries include Dr. Deepak Chopra, Bruce Lipton, PhD, Shamini Jain, PhD, and Dr. Paul Mills. By examining how the energetic properties of food, thought, and emotion affect our immune systems, and how disease occurs, viewers will discover how to harness the power of healing, gain understanding of the higher self and align with universal love.

The live panel explores what is possible when one goes beyond conventional solutions to illness. Individuals gain the potential to understand the root cause of what has brought about an imbalance and unleash the incredible power they hold within to spark their innate healing abilities. In this panel, experts dive in to new scientific findings linking mind, body and spirit, and discuss how what we consume, how we think, and how we feel have the power to heal and rebalance.

A short, immersive workshop follows the film. In this Reel Healing, viewers will learn how to visualize their body as an energy system and begin to unlock their inner ability to heal. Mark Mincolla provides empowering, grounded practices and tools that unlock higher alignment to achieve optimum health in body, mind and spirit.

A $15 ticket includes the live conversation April 8, and on-demand access April 6-10 to both the virtual screening of the film and the Reel Healing by Mark Mincolla. Members get the film package free with a member ticket. For tickets, visit illuminate.eventive.org.

ILLUMINATE Film Festival is holding its 6th annual event May 20-26 in the spectacular red rocks of Sedona, Arizona. After being cancelled last year due to Covid-19, ILLUMINATE will offer its largest lineup ever and once again bring people together to experience life-altering shifts through inspirational films.

ILLUMINATE 2021 spans seven days and will present 30 of the most compelling conscious themed films of the year. The festival will move to a hybrid festival format, with almost all of the films playing virtually and a limited number of films showing at open air, drive-in or theater venues.

In accordance with IFF tradition, the festival will begin with a free-to-the-public Pre-Festival Kickoff Open Air Screening on May 19th. The program will include virtual gala screenings, world premieres, post-screening presentations with directors and producers and Reel Healing immersions.

In addition, the Festival will host a series of virtual film industry programs at the festival’s largest-ever Conscious Film Convergence, which offers panels, networking and mentoring for those working to elevate consciousness through filmmaking.

The festival will present its fifth annual Conscious Visionary Award to Deepak Chopra, world-renowned author and pioneer in integrative medicine and personal transformation, in conjunction with the film The Way of Miracles.

Highlights of this year’s film lineup include:

• Opening Film: Aware: Glimpses of Consciousness - What is consciousness? Is it in all living beings? Why are we predisposed for mystical experience? And what happens when we die?

• Centerpiece Film: The Seeds of Vandana Shiva - The film chronicles the remarkable life story of eco-activist and agro-ecologist, Vandana Shiva. Few know her life story and how she rose from obscurity to become the most articulate voice for organic food systems and a leader of Gandhian stature. Her story is a classic David versus Goliath tale. By tracing Vandana’s rise to prominence, and how she uses scientific expertise and non-violent resistance to win victories against the Goliaths of chemical agribusiness, the film looks at the epic struggle over who controls the world’s food systems and asks who will prevail? [World Premiere]

• Closing Film: Samadhi Road - “Who am I? What is the purpose of existence?” In Samadhi Road, two young brothers embrace the tradition of orality and journey across continents to seek insight and wisdom through the words of learned masters. Through interviews with the likes of Benny Golson, Sonny Rollins, Kaz Tanahashi, Agnes Heller, Robert Thurman, the inimitable Mooji and others, we follow a path of enlightenment and deep learning converging in a universal discourse of love and respect for human life. [World Premiere]

The 1 Field - During a turbulent time, a group of hundreds of people from around the world are drawn together on a peace pilgrimage across Israel led by “channeler” Lee Carroll who conveys paradigm-shifting messages about ‘The One Field’ - that which interconnects everything. Shaking the foundations of the nature of reality and offering a unique bridge between science and spirituality, the film offers deep insights from an impressive lineup of contributing scientists and luminaries including Lynne McTaggart, Gregg Braden and Bruce Lipton that challenge us to co-create the more beautiful world our hearts know is possible. [US Premiere]

Mucho Mucho Amor - Every day for decades, extravagant Puerto Rican astrologer, psychic, and gender nonconforming legend Walter Mercado charmed the world with his televised horoscopes. Equal parts Oprah, Liberace, and Mr. Rogers, Walter reached over 120 million viewers at his peak, enthralling the Latin world with sequined capes, opulent jewelry and messages of love, hope and self-acceptance. Then, he mysteriously disappeared. Over a decade later, award-winning directors Cristina Costantini and Kareem Tabsch capture Walter’s final two years, when the pioneering icon grappled with aging and his legacy, and prepared for one last star-studded spectacle.

Other highlights include Magnitude of All Things, Snowy, Unsinkable and the Oscar-nominated short film Kapaemahu.

The full selection of films for ILLUMINATE 2021 will be announced in late April on the festival’s website.

Festival Early Bird passes can be purchased at illuminatefilmfestival.com/tickets-passes until April 19th, after which regular pricing begins. Individual tickets go on sale April 22.