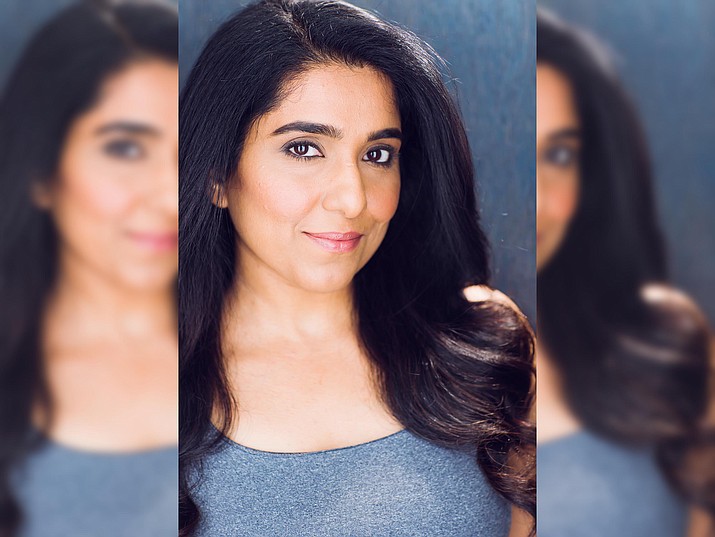 Written and performed by Aizzah Fatima,who plays various characters who are confronting the intersection of tradition and modernity as Muslim women.

This show runs April 16-17 in conjunction with The Sedona Arts Academy Scarlet Scroll Art Show, which runs through April 17.

There will be an open house Wednesday, April 14, 4-6:30 p.m., to celebrate the Islamic culture. Appetizers by Chef Judy Callaghan Morgan of Flavours will be provided. There will be four live performances. Wednesday April 14th at 7 p.m., Friday April 16th at 7 p.m. and Saturday April 17th at 3 and 7 p.m.

In-house advance Tickets are available via - bit.ly/eb-dirty-paki-lingerie and cost $25. Tickets at the door will cost $35.

Aizzah Fatima (actor/writer) works in theatre, film, and TV. For Dirty Paki Lingerie she was nominated for an Outstanding Solo Performance award (NYIT 2014), and for a Broadway World award for Best Play as well as a Manchester Theatre Award (UK) for Best Production in 2016.

Her short film Stuff in which she starred along with Annette O’Toole won the best comedy award (Asians on Film). She is currently working on a feature film based on characters from Dirty Paki Lingerie with Emmy award winning director Iman Zawahry. She is the recipient of the Doris Duke Foundation for Islamic Art grant with Brooklyn Children’s Theatre. aizzahfatima.com

ETC and SAA will be following COVID-19 guidelines, so attendance is limited to 50 people. Social distancing and appropriate face masks are required.

Proceeds from this event will help benefit future performances at ETC. This show is sponsored in part by Debbie Gallaway of Caldwell Banker Realty.

For more information call (860) 705-9711 or visit the website emersontheatercollaborative.org .

All events will be held at Sedona Arts Academy in The Collective Sedona located at 7000 SR 179, Suite C-100 in the Village of Oak Creek.