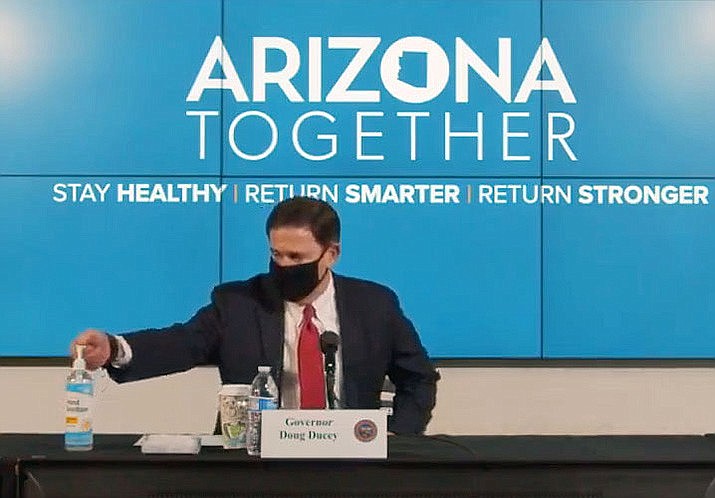 In an informal legal opinion, Brnovich acknowledged that when the governor declares an emergency he assumes broad powers to enact laws and regulations. So too, for that matter, do local governments.

The attorney general noted those statutes in the Emergency Management Code say that local laws "shall not be inconsistent with orders, rules and regulations promulgated by the governor.'' And that would normally allow gubernatorial preemption.

But Brnovich said counties also have separate powers under another section of the law dealing with public health. And those, he said, are not subject to gubernatorial review -- or veto.

The opinion is most immediately a victory for Pima County which has ignored Ducey's March 26 order abolishing not only the mandates he had imposed on patrons and staff of certain businesses to wear masks but rescinding his June edict permitting local governments to have their own mask mandates. Ducey said the powers that cities and counties have is superseded by his emergency authority.

Brnovich, however, said the governor is missing a crucial legal point: the independent statutory power of counties to regulate health.

It starts, he said, with the fact the Public Health and Safety Code allows counties to "adopt provisions necessary to preserve the health of the county.''

More particularly, Brnovich said counties are specifically required to "investigate all nuisances, source of filth and causes of sickness and make regulations necessary for the public health and safety of the inhabitants.'' And that, he said, is not subject to the governor's emergency powers.

Tuesday's opinion, however, does not leave the governor totally powerless.

The attorney general said that Public Health and Safety Code also allows the state Health Department to implement its own policies during a public health emergency. And Brnovich said the agency could set its own statewide policies on things like masks by enacting rules or regulations that could preempt local ordinances.

Sen. Michelle Ugenti-Rita, R-Scottsdale, a foe of the local mask mandate and one of the three legislators who asked for the legal opinion, said that's a god sign.

She said that would allow Ducey to pursue his legal fight with Pima County by working with his health department to enact a new rule. And Ugenti-Rita said she believes the formal rule-making process, which can often take months, can be expedited.

"Given local government inability, ineffectiveness and unwillingness to enforce mask ordinances when they were most necessary, we believe it is largely inconsequential,'' said gubernatorial press aide C.J. Karamargin.

The opinion also was requested by two other Republican state legislators who questioned the decision by Pima County to keep its mask mandate: Sens. Vince Leach of Tucson and Rep. Bret Roberts of Maricopa. Roberts had no immediate comment; Leach did not respond to a message.