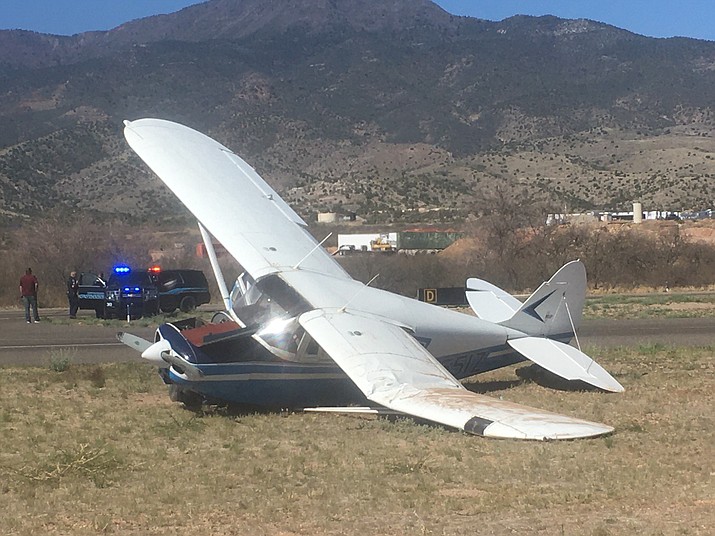 A single-engine plane suffered a hard landing early Thursday morning at Cottonwood Municipal Airport.First-responders were on scene, but no injury information has been released. VVN/Vyto Starinskas

First-responders were quickly on-scene. Cottonwood Police Cmdr. Chris Dowell said the pilot was the only occupant and not seriously injured enough to require being transported by ambulance.

Dowell also said the plane did not leak any fluids during the hard landing. He said the National Transportation Safety Board has been notified.

Cottonwood Police Sgt. Chad Sinn said an officer who was on-scene discovered the airplane had a single occupant who sustained no injuries.

Sinn said the pilot reportedly said that during the landing, the rear end of the light, two-seat aircraft swung around on him, causing the plane to spin out of control and crash. He said the cause of the collision is still under investigation.