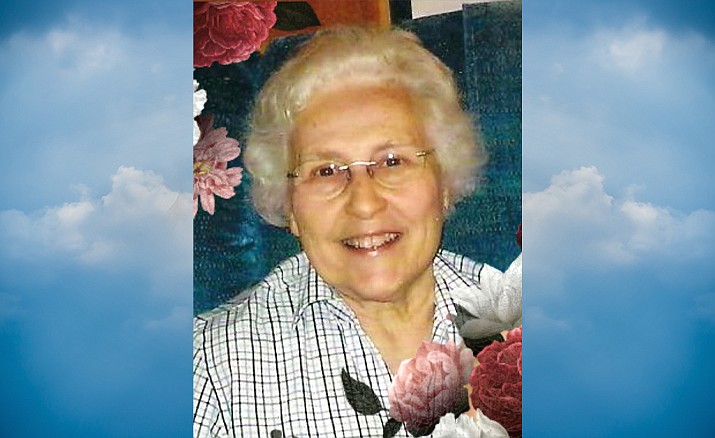 She died at home in Cottonwood, Arizona. Angela and her husband, Donald just celebrated 65 years of marriage.

She is preceded in death by her mom and dad, John and Mary Tocco; her brother, John Tocco Jr., and her son-in-law, Phil Kestell.

Angela was born in Philadelphia, PA. She has lived in PA, NJ, CA, and Genoa, Italy. She has been a resident of Cottonwood Village for 4 years.

Family was especially important to Angela, and she was involved in special ways with her grandchildren while they were growing up, and her great-grandchildren.

She was incredibly involved in her church, St. John Vianney, Walnut Creek, CA, serving as a Lector and Eucharistic Minister and volunteered as a Hospital Minister at John Muir Hospital in Walnut Creek, serving the Eucharist to fellow Catholics while they were in the hospital.

Angela love to cook, eat, and entertain. She loved to wiggle her toes in the sand at the beach, and anyone who experienced any part of life with Angela was better off because of the engagement. She will be deeply missed.

A Celebration of Life was held in Cottonwood on Monday, April 11th, 2021 at Verde Community Church.

In Lieu of flowers, the family is asking for Donations to be made to: “John Muir Medical Center, Chapel/Hospital Ministry Fund” Walnut Creek CA “Verde Christian Academy” Cottonwood AZ (OR Support Local Christian Education in Your Community.)