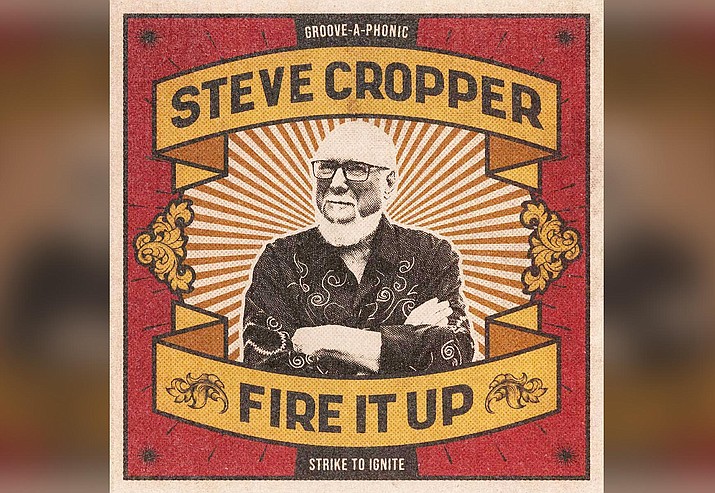 Steve Cropper – Fire It Up

Steve Cropper – Fire It Up

The term “guitar hero” is bandied about loosely these days. Seems like all you have to do is look good holding the thing and you qualify. But if you ask Brian May, Jeff Beck, and Eric Clapton who their guitar heroes are, Steve Cropper is definitely on the shortlist.

If all he had done were the records with Otis Redding that would be enough, but shortly thereafter he was leaving his fingerprints on records by Wilson Pickett, Sam & Dave, Johnny Taylor, Albert King, and virtually anybody worthy who came within earshot of Memphis.

Cropper was a guitarist’s guitarist, and a songwriter’s songwriter. Fire It Up is Cropper’s first album of new soul/R&B material in 10 years.

Tracks include: Bush Hog Part 1, Fire It Up, One Good Turn, I’m Not Havin’ It, Out of Love, Far Away, Say You Don’t Know Me, She’s So Fine, Two Wrongs, Heartbreak Street, The Go-Getter Is Gone, Bush Hog Part 2, Bush Hog.

The new Dirty Honey album indeed builds on the band’s output to date, driven by the smoking lead single “California Dreaming” that muses about life’s ebbs and flows, even in paradise.

The band (Marc LaBelle/vocals, John Notto/guitar, Justin Smolian/bass, and Corey Coverstone/drums) worked again with producer Nick DiDia (Rage Against the Machine, Pearl Jam) on their self-titled album that captures the lightning-in-a-bottle dynamics and energy of their live sound.

The band’s debut single, “When I’m Gone,” was released in 2019 and became the first song by an unsigned artist to reach No. 1 on Billboard’s Mainstream Rock chart. Their second single, “Rolling 7s,” went into the Top 5. Dirty Honey opened for The Who, Guns ’N Roses, Slash and Alter Bridge, and was the “must-see” at major rock festivals.

Tracks include: California Dreamin’, The Wire, Tied Up, Take My Hand, Gypsy, No Warning, The Morning, Another Last Time.

Dinosaur Jr –Sweep It Into Space

Here is “Sweep It Into Space,” the fifth studio album cut by Dinosaur Jr.. during the 13th year of their rebirth.

Originally scheduled for issue in mid-2020, this record’s temporal trajectory was thwarted by the coming of the pandemic. But it would take more than a mere plague to tamp down the exquisite fury of this trio when they are fully dialed-in. And “Sweep It Into Space” is a masterpiece of zoned dialing.

Recorded, as usual, at Amherst’s Biquiteen, the sessions for “Sweep It Into Space” began in the late autumn of 2019, following a West Coast/South East tour. The only extra musician used this time with Kurt Vile.

As is typical, Lou Barlow writes and sings two of the album’s dozen tunes and Murph’s pure-Flinstonian drumming drives the record like a go cart from Hell. Lou’s songs here are as elegant as always.

They have a signature sound as sure as the Stooges or Sonic Youth or Discharge ever did.

Tracks include: I Ain’t, I Met The Stones, To Be Waiting, I Ran Away, Garden, Hide Another Round, And Me.