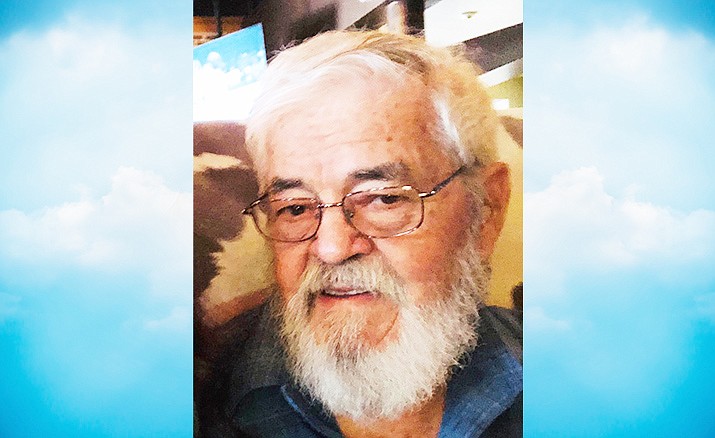 On Wednesday, March 17, 2021, Louis Gonzales, husband, father and grandfather, passed away peacefully in the presence of his family, at age 92. Louis was born on October 1, 1929 to Phillip and Pauline Gonzales.

October 25, 1958, he married Adeline (Valverde) Gonzales. Together, in their 62 years of marriage they raised four children, Jerry, Joanna, Louise, and Evelyn.

Louis proudly served in the U.S. Navy from 1948 to 1952, during the Korean War. After serving in the U.S. Navy, he remained a proud member of Catholic War Veterans, the VFW, and the American Legion. Together Louis and Adeline both worked at the VA Hospital in Cottonwood, Arizona, where he was also a CASA Volunteer.

Louis was a friend to many, active in his community and continuously helping those friends and family around him. You could always find him in the garage, woodworking, restoring furniture or fixing something around the house.

Louis, or Papa, as his grandkids called him was always active, loving, and wanted to make sure everyone was well fed and having fun!

Louis was preceded in death by his parents; five siblings and his daughter, Louise McCarty. He is survived by his wife, Adeline; son, Jerry and his daughters, Joanna and Evelyn.

Funeral services will be limited to immediate family only and held at the National Memorial Cemetery of Arizona on May 3, 2021. We love you and miss you, R.I.P., sweetheart.