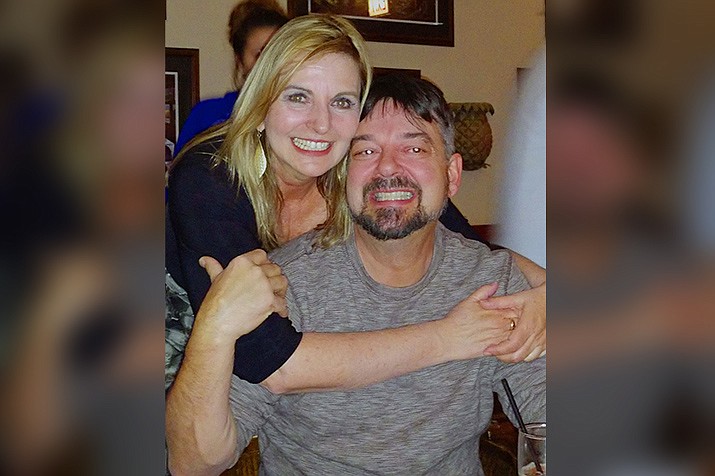 He stays busy ... helping others.

I’ve known Chuck for many years and love him as a brother. He may appear a bit rough around the edges and gruff at times. But, in fairness, he grew up on the south side of Chicago. As Jim Croce said, “Well, the south side of Chicago, is the baddest part of town…” Chuck likes the quote, “Never mistake my silence for ignorance, my calmness for acceptance, or my compassion for weakness.” The truth is, Chuck is a very thoughtful, kind-hearted, and loving human being.

His father drove truck and his mother was a homemaker. Chuck says south Chicago in the 70’s and 80’s was a great place to grow up. He hung out with friends, and in school played football, hockey, and baseball, and wrestled.

But he lived through the downward spiral of the neighborhood in the '90s and beyond. One of his fond memories as a kid was being allowed to hang out three nights a week with the neighborhood men while they played pinochle.

He dumped ashtrays, fetched drinks, listened and absorbed. Chuck says their wisdom shaped him into the man he is today, and he still finds himself applying what he learned from those men.

In college, Chuck studied hydraulics and motor mechanics, then spent six years working on classic Corvettes, eventually becoming their lead mechanic. He followed that with five years at a Mercedes/BMW dealership. Going back to school at St. Xavier University, Chuck studied Mass Communication and worked in radio for six years.

While in school he drove truck to pay the bills. Unfortunately, radio didn’t support a family and he ended up driving again. That led to a career in transportation, where he eventually ran a multi-million dollar logistics company.

“God, family and country,” Chuck says. God is first, but his wife Rene and their (now adult) kids are a very close second to his heart. He loves his family and the time they can be together.

Visiting family in Phoenix, and experiencing a very difficult time in her life, Rene heard about float therapy and went to True REST Float Spa, searching for some much-needed peace. She came home to tell Chuck about her amazing experience. He was suffering chronic pain, took a float, and found instant relief.

They were looking for a business opportunity and decided “helping people would be better than selling them burgers or jeans.”

They contacted and convinced the owners to let them open the first True REST Float Spa franchise (West Sedona), then followed that with a float spa in Vegas two years later. Chuck loves the fact that they invest in and spend their lives helping others.