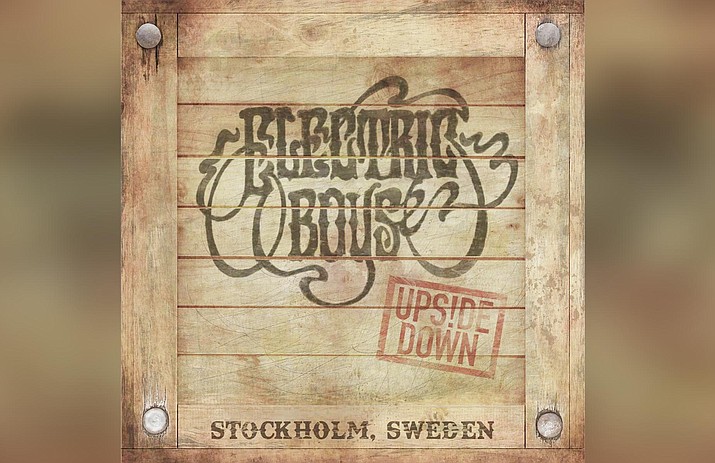 On April 30, the Electric Boys will release worldwide their seventh album “Upside Down."

The Electric Boys are much loved for their idiosyncratic combination of hard rock and other forms of music such as funk beginning with their first album “Funk-O-MetalCarpet Ride” in 1989.

On April 30, the band will release worldwide their seventh album “Upside Down,” which continues and advances this fusion of music styles to make something of their very, very own.

The album reflects the turbulent times of this year and spontaneously and organically formed into a concept album tackling adversity and fearmongering and championing the human fighting spirit and ability to transcend even the most difficult situations to find hope and victory over life’s circumstances.

The Electric Boys were founded in Sweden in 1988 by Conny Bloom (real surname: Blomqvist) and Andy Christell.

Originally a duo, they signed for Polygram and scored a local Swedish hit with the single “All Lips and Hips” in 1988, which according to some people is their best song so far.

Tracks include: Tumblin’ Dominoes, Never Again Your Slave, She Never Turns Around, The Dudes & The Dancers.

“Endless Arcade” follows Teenage Fanclub’s 2016 album “Here,” a record that garnered universal acclaim, a mark of how much the group is treasured.

The new album is quintessential TFC: melodies are equal parts heartwarming and heart-aching, guitars chime and distort, keyboard lines mesh and spiral, harmony-coated choruses burst out like sun on a stormy day. In the 1990s, the band crafted a magnetically heavy yet harmony-rich sound on classic albums such as Bandwagonesque and Grand Prix.

This century, albums such as Shadows and Here have documented a more relaxed, less teenage Fanclub, reflecting the band’s stage in life and state of mind, alongside which Endless Arcade slots perfectly.

The album walks a beautifully poised line between melancholic and uplifting, infused with simple truths.

The importance of home, community and hope is entwined with more bittersweet, sometimes darker thoughts of insecurity, anxiety, and loss.

Tracks include: Everything Is Falling Apart, The Sun Won’t Shine on Me, Home, I’m More Inclined, Living with You.

Flock of Dimes – Head Of Roses

On her second full-length record, “Head of Roses,” Jenn Wasner follows a winding thread of intuition into the unknown and into healing, led by gut feelings and the near-spiritual experience of visceral songwriting.

The result is a combination of Wasner’s ability to embrace new levels of vulnerability, honesty and openness, with the self-assuredness that comes with a decade-plus career as a songwriter, producer, multi-instrumentalist and prolific collaborator.

Simply put, Head of Roses is a record about heartbreak, but from a dualistic perspective. It’s about the experience of having one’s heart broken and breaking someone else’s heart at the same time.

But beyond that, it’s about having to reconcile the experience of one’s own pain with the understanding that it’s impossible to go through life without being the source of great pain for someone else.

Carefully curated and culled from the depths of Wasner’s heartbreak and healing, it’s deeply, intensely personal.

Tracks include: Price of Blue, Two, No Question, Awake for the Sunrise, Walking.