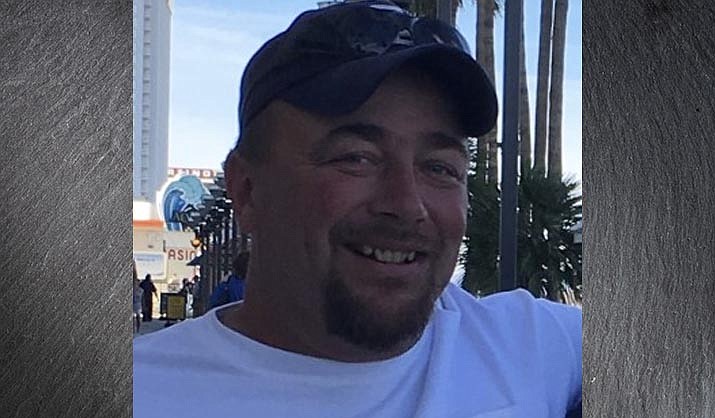 The Yavapai County Sheriff’s Office issued a missing persons report last week as Prescott resident Patrick James Higgins, 49, who went missing July 12, 2021. For any information on the whereabouts of Higgins, please contact YCSO at 928-771-3260 or the Prescott Police Department at 928-445-3131. (YCSO/Courtesy)

PRESCOTT — Late last week, the Yavapai County Sheriff’s Office issued a missing persons report for a Prescott man who was out four-wheeling near Walker and never returned, according to a news release.

Patrick James Higgins, 49, was with friends during a four-wheeling trip July 12 at the Bannie Mine near Walker on the outskirts of Prescott when the vehicle they were using became stuck.

“In the morning, Higgins reportedly hiked out of the area and hasn’t been seen since,” a YCSO news release stated.

Higgins is a white male with brown hair and blue eyes standing 6 feet, weighing 220 pounds. He was last seen wearing a white t-shirt and blue jeans.