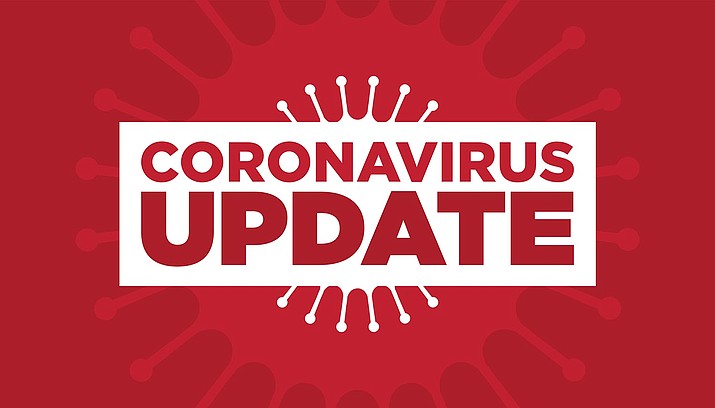 PHOENIX (AP) — Arizona on Thursday reported 2,970 additional COVID-19 cases, the most reported in a single day in the past six months, as the number of virus patients occupying hospital beds continued to climb.

Along with reporting over 2,000 additional cases for the ninth day so far this month, the state also reported six more virus deaths as the pandemic totals increased to 955,767 cases and 18,412 deaths.

The last time Arizona reported more cases on a single day was 4,381 on Feb. 9.

The climbing cases prompted all three of the state's public universities to announce Wednesday that they were again requiring masks to be worn in classrooms and most other indoor settings. On Thursday, the state's largest community college district did the same.

The Maricopa County Community College District, which has 10 colleges across metro Phoenix that serve over 168,000 students annually, said their decision is in line with state law.

Arizona State University had a public dispute with Republican Gov. Doug Ducey in June prompted by the university's decision to require unvaccinated students to be regularly tested for the virus and wear masks. The governor blocked the policy by an executive order applying to public colleges and universities that was later added into law in the state budget.

But unlike a budget provision banning K-12 schools from requiring masks to be worn, the budget does not ban universities from imposing universal mask mandates. Some school districts are openly defying the new law because it does not take effect until late next month, although it contains a retroactivity clause.

According to Johns Hopkins University data, the rolling average of daily new cases rose over the past two weeks from 1,424 new cases on July 27 to 2,450 new cases on Tuesday.

There were 1,527 virus patients occupying hospital beds as of Wednesday, a level last seen in February as the winter surge wound down, the state's dashboard reported.

The dashboard also reported the administration of 28,947 additional vaccine doses.

While the daily reports of additional cases and hospitalizations rose steadily in July and so far in August, they remain below numbers seen during the surges last summer and last winter. Deaths are far fewer than the previous surges.