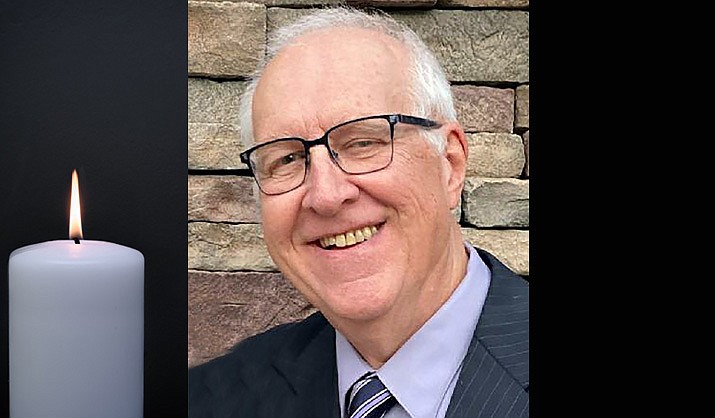 Michael Albert Lange passed away peacefully from breathing complications caused by ALS on August 9, 2021 in the hospital in Cottonwood, AZ. His loving wife, Brenda, his daughter Amanda and stepdaughter, Ann were by his side.

Mike enjoyed laughing with his wife. He handled his ALS diagnosis, received in April of this year, with great courage, care for others and strength.


Mike was preceded in death by his parents, Albert and Melba Lange. He is survived by his wife, Brenda; daughter, Amanda Lange Flechtner and her husband, Kevin (Avery and Brady). He is survived by stepdaughters, Ann Marie and Oliverio Avelar, (Brett Speckman, Brook and Clayton Brenner) and Denise and Jeff Klemczak (Fabianna, Carly, and Felix) He is survived by his sister, Sandra Lange North and her husband, Thomas, and nieces, Michelle, Cliff, Nicklas McConnaughhay and Renee and Matt Wilkes. Mike was a kind, gentle man who always had an interesting tale to tell.


No funeral service is scheduled due to COVID-19. A Memorial Service may be scheduled at a later date. In lieu of flowers, consider making a donation in Mike’s honor to ALS research or Animal Shelter of your choice. Condolences may be shared at www.buelerfuneralhome.com.