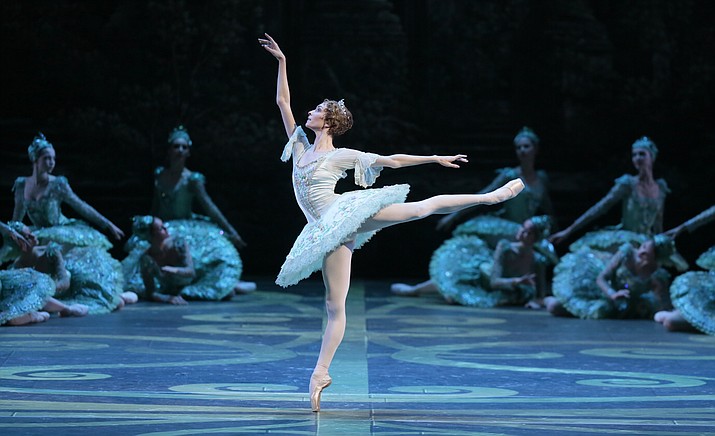 “The Sleeping Beauty” from the historic Bolshoi Ballet in Moscow will return to Sedona on Sunday, Aug. 22, 2021, at the Mary D. Fisher Theatre, presented by the Sedona International Film Festival. The Bolshoi’s sumptuous staging with its luxurious sets and costumes gives life to Perrault’s fairytale unlike any other. (SIFF/Courtesy)

The Sedona International Film Festival presents Ballet in Cinema on Sunday, Aug. 22, when it hosts the big screen encore of “The Sleeping Beauty” from the Bolshoi Ballet in Moscow. There will be one show at 1 p.m. at the festival’s Mary D. Fisher Theatre, according to a news release.

“The Sleeping Beauty” features music by Pyotr Ilyich Tchaikovsky and choreography by Yuri Grigorovich. The cast includes principal dancers Olga Smirnova and Semyon Chudin in the lead roles, accompanied by the corps de ballet from the Bolshoi.

On her 16th birthday, Princess Aurora falls under the curse of the Evil Fairy Carabosse and into a deep slumber lasting one hundred years. Only the kiss of a prince can break the spell.

In this resplendent and magical classic, the Bolshoi dancers take us on a dream-like journey through this classic fairytale complete with jewel fairies, a magical kingdom, a youthful princess and a handsome prince in this purest style of classical ballet.

The Bolshoi’s sumptuous staging with its luxurious sets and costumes gives life to Perrault’s fairytale unlike any other. A must-see!